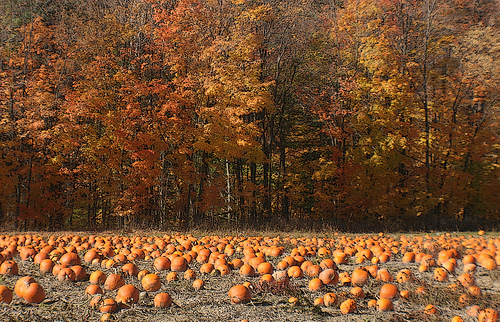 Time for another progress report on my student loan progress with only a few months left in the year now. It seems like this year has really flown by and I’m already missing the warmer weather, now if only my student loans could fly by just as fast. I was actually looking forward to this month’s progress report as I knew I would be paying off another loan this month, which is always a good feeling. I’m trying to end the last few months of 2014 on a high note, looking to get it down to three total loans and trying to meet both my stretch and extra goals. We’ll see how November and December end up going, but I think October was a great start for meeting those goals.

Here’s how my student loans look after making my October payments: 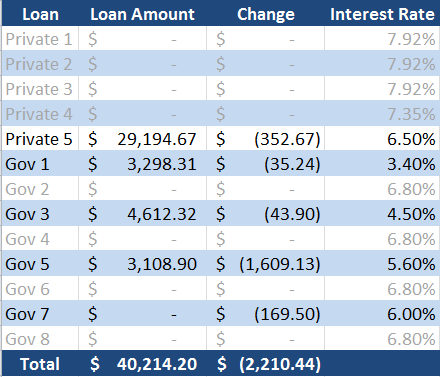 Like I had said earlier, I was able to completely pay off government loan 7 this month. It only had $169 left in last month and I was very happy to just get rid of it! I’ve also hit another important milestone and that is the fact that I have now paid back over half of my loans. I started out with over $83,000 in debt and I’m happy to say that it’s all downhill from here, or at least I hope so.

To put things in perspective, current college graduates graduating end up with an average of $30,000 in total debt and I’m just approaching $40,000. I’m pushing forward but it’s disheartening to know that I haven’t even hit the average debt for college students that are graduating THIS year, not to mention when I graduated a few years ago. I keep pushing forward though and constantly remind myself that you can’t change what happened in the past, but I can positively change my future prospects.

Here are what my goals look like after making the October payments:

I finished my “main” goal last month with four months to spare, which was awesome. Putting $20,000 towards my loans this month was no small feat and everything over that amount is just icing on the cake at this point. I’m now also even closer to hitting my stretch goal at 93% complete, and I’m on pace to finish that goal next month – an entire month early.

I had a feeling that I’d be able to hit both of these goals, so I also created an “extra” goal of $30,000 for the year. At my current pace I’m going to fall just short of meeting that goal but that’s okay with me. I’m going to try to get as close as possible to hitting that goal, and I might even have a few tricks up my sleeve to try to actually hit that goal in the coming months 😉