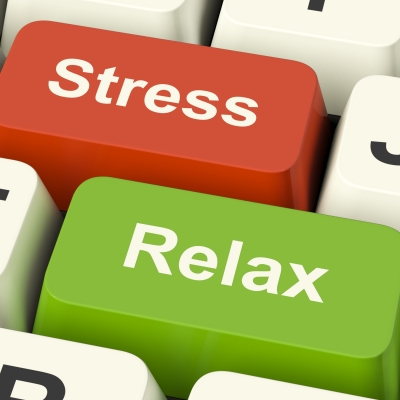 As of recently, I haven’t been blogging as much or as often as I’d like to be doing so. This is not due to a lack of post ideas or wanting to slow down, in fact I have a ton of post topics that I keep as drafts so that I don’t forget them and even have some partially written. It’s just that some nights I’ve come home and just too exhausted to even think about writing, just wanting be able to relax and go to the gym to get rid of my stress. I tell myself that I’ll write it the next day, but then I end up making plans for that day and something comes up and the cycle completes! I’ll always put my personal life before the blog but I also really enjoy writing on here so it’s part of finding a balance and that doesn’t always work when I feel that way.

I think part of this stems from my student loans and wanting to move out and the other part of it stems from having a lot of additional stress at my job recently. I think I’ve said this before that my parents are awesome and I’m happy that they offered me a chance to stay at home while I pay back my student loans, but sometimes it just also feels like I’m so close yet so far from actually paying them off. Is there no fast forward button to push on only my student loans? I know my target and it’s close, but the fact that I have to wait a month for progress to be made seems to be too slow for my brain when it also knows that I’m just a few months away from that target.

Just the feeling of independence that I had at college which I obviously still have, but it’s just not the same thing. I’d like to move closer to work so that I spend less time sitting in traffic and more time to myself, even if that now means having to cook all my own dinners, etc. There’s also just the fact of being able to invite friends over to my own place and having my girlfriend over to my own place. I’m thinking the fact that it’s getting colder and winter is coming is not helping the case for my blues!

A few months ago, I also had to deal with my boss leaving my company and moving out of state closer to family as well as a better opportunity for her career. I can’t fault her at all for this decision, but it wasn’t great for me and my team members as she hired four of us right out of college as a brand new team and we were effectively “her” team. It was a perfect situation to enter into, and she also held a lot of knowledge about the different processes we work with.

Unfortunately after she left, because of how knowledgeable she was they replaced our one boss with TWO bosses, that was proposed as a temporary solution. One of my bosses has more technical expertise while one is more on the business side and client interaction side. It leads to some weird interactions and missing information, as they also seem overwhelmed with still doing some of their former work.

My old boss also knew when to tell other people “no, that’s not our job” and move onto the next thing or make sure the right team was working on that. That doesn’t mean that we weren’t willing to help out or answer requests, but you have to realize that there is a stopping point. It feels like a lot of my time is now spent answering vague inquiries instead of working on my actual work and just when i feel caught up the process repeats, like I’m stuck on a treadmill.

It also really sucks to be constantly told you are a valuable member of the team and then even have that reinforced during my review. But then I received what amounts to a cost living raise while my workload has seemed to increase a lot more than my pay has. I’m not trying to sound ungrateful or thinking that a raise should be given to me on a silver platter every year, but if I’m doing such a great job wouldn’t you want to compensate that? I guess after the way my raises/promotion went last year I thought it would continue but it’s starting to look like it might be true that you have to switch jobs to really see a good raise.

Even though my post may come across extremely frustrated, I’ve got to say that my job still isn’t bad at all. I have a great work-life balance and I’m not logging onto the computer every night or on weekends to finish or working a 50 hour work week like I know a lot of my friends are. I work with a lot of great people in my team and the teams I interact with, and my bosses are nice and reasonable people. My home situation is great thought not perfect, but I really can’t complain from a big picture perspective. I did feel the need to write a little rant and I think it has helped.