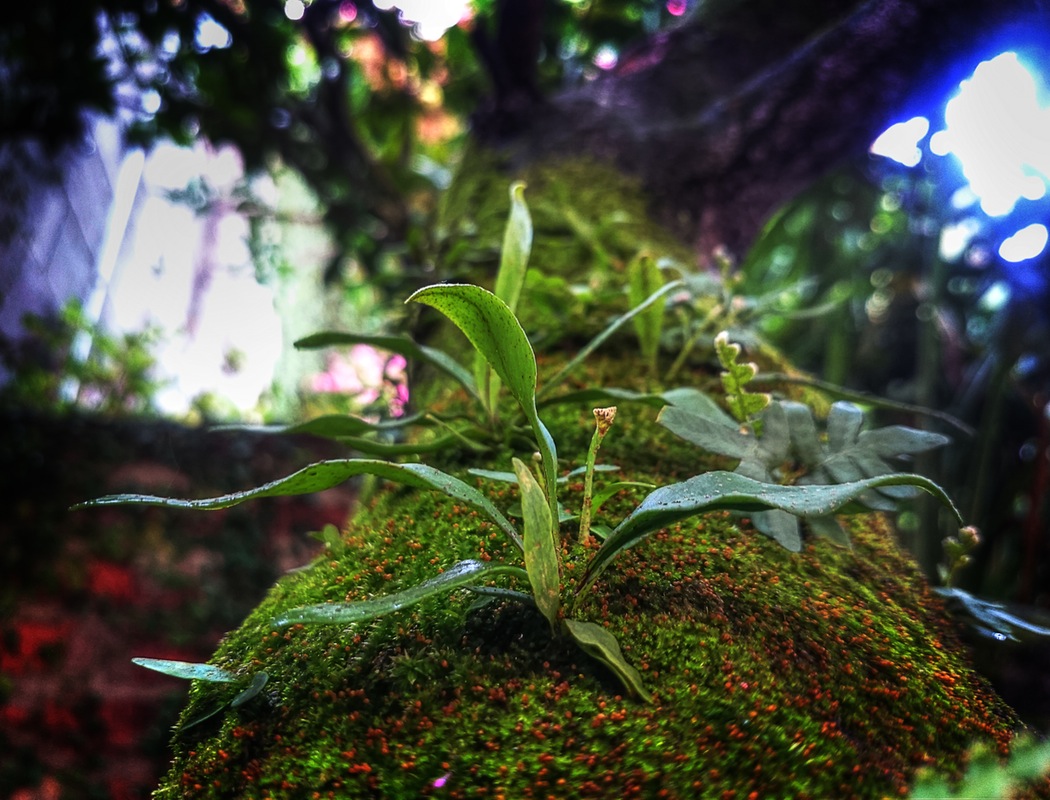 Summer is going too fast, and I know that my June budget brought some setbacks towards my overall financial picture. I’m hoping that I’ll be able to turn that around and bring some better news in July and August. I’m hoping to start that with this update on my student loans and continue that with the budget report for July. I’ve had to take on some additional debt as last month, which wasn’t ideal but is necessary under the circumstances. Eliminating my student loans still remains my top priority as I try to balance my other financial goals, but the majority of my income will still go towards paying off my student loans. In sticking with that priority, I have refinanced my student loans (again!) to an even lower interest rate which should save me a few hundred dollars at minimum.

Here are what my loans look like after making my July payments and refinancing: 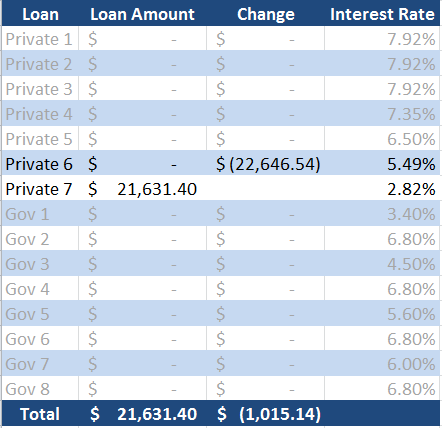 I’ve only made around $1000 in progress this month, mostly due to the other goals of investing in my Roth IRA and keep my checking account at a minimum level. Those goals were set up during June’s budget review, so I wanted to keep it conservative on the loan payments this month. I’m trying to strike a balance in hitting all of my goals, while still keeping getting out of debt as my biggest priority. I know that my debt repayment is the most long-term goal, so right now I was going for some “quick hits” during July’s payments.

One of the reasons that I was able to do that now was because of the refinancing of my student loan. If you noticed in the above table, I was able to bring my interest rate down from 5.49% all the way to 2.82% . That’s almost as low as the rate that I was given on my used car loan! With my interest rates being that low, it actually makes sense to invest all that money and hope for better returns than 3% on the market. I’ve done that in the short-term with the money I’ve put into my Roth IRA, but I won’t be running out to open a taxable investment account just yet. It is a variable interest rate though, and it’s tied to the 1 month LIBOR rate. At this point in time I don’t see that changing anytime in the near future, but it’s always a possibility. I don’t plan on having my student loans for longer than a year at this point, so I feel that the risk was minimal at this point in time.

No matter what the interest rate, I’ll still be making my student loans the priority after my Roth IRA is fully funded for 2015. I may still keep my payments a little lower as I work on building back up my emergency fund, but I think I’ll at least bring the payments back up to around $2000 a month. I hate being in debt and having to constantly budget for it, my student loans take up $400 a month in minimum payments and I’d like to eliminate that as quickly as possible!

Things haven’t been as smooth or easy as they could be in 2015, but I’m happy to have a little momentum after being able to refinance my student loans to such a low rate now. I needed a small “win” and I’m hoping that next one will be maxing out my Roth IRA for 2015. August is going to be a high spending month for me with travel, so I’m not sure how large the student loan payment will end up being. Hopefully I’ll be able to keep things in check and I’ll be pleasantly surprised – I know that I’m approaching the sub $20,000 mark on my student loans.

If you are looking for more information on how to get out debt yourself, check out this post! It provides information on creating a plan and how to stick to that plan.