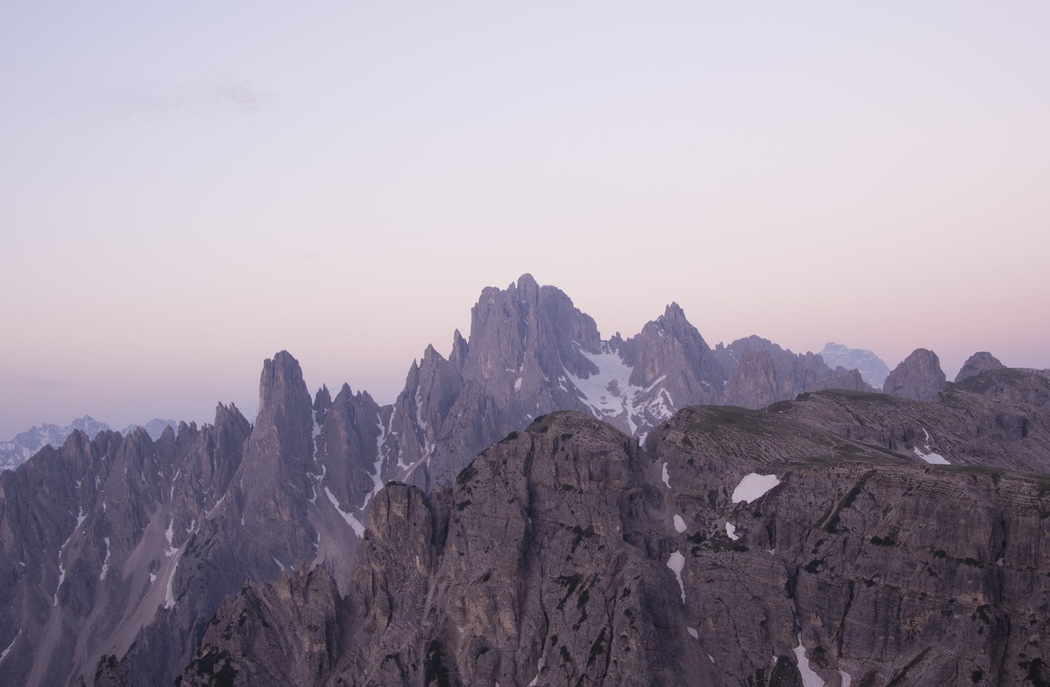 Heading into July, I expected it to be a month of lower spending as I’ll be going on vacation in August and wanted to build up a bit of a cushion before doing that. Obviously things don’t always go according to plan, and while I did find some savings this month they weren’t in the areas that I was expecting them to be in! My student loans were refinanced again through a new servicer called Earnest. I had to pay off the additional balance at my old loan provider (I didn’t feel like waiting 30+ days to receive a check so I didn’t refinance the total amount, I left a few hundred extra) and then I made a standard payment on my new loan. So while that amount was lower than it normally would be, the extra spending was higher than usual for this month.

Here is what my actual budget for July looks like: 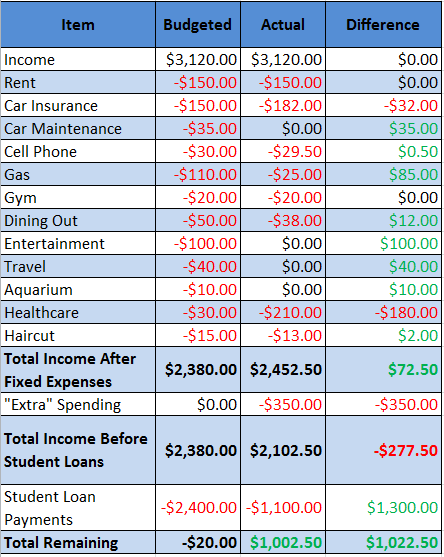 So you can see like I had said before that I only paid $1100 in total towards my loans this month, where the past few I had been around $1500. My car insurance payment was $182 again because they never pushed the paperwork through to adjust my deductible and apply my defensive driving course! It will be retroactively fixed though, and my payments and balance will be adjusted for August. Somehow I only managed to spend $25 on gas this month?! I basically only filled up once in the middle of the month. I probably could have filled up again on Friday, but didn’t really feel like it. Afternoon traffic on Friday’s in the Summer is brutal so I wanted to beat everyone out. I fully expect that my gas spending in August will higher than the budgeted amount.

I spent some money dining out as we had some new hires in my team, so we all went out to lunch. I also picked up some six packs to bring to different friend’s house. Much cheaper than going out to a bar though! Healthcare spending was high this month, as I had to get another 6 month supply of contacts. I am saving some there though as if I work from home and don’t go anywhere, sometimes I just end up wearing my glasses.

I had to find a new place to get a haircut, and I managed to find a great barber that only charges $10 for a haircut. So while that was difficult at first, I’m glad I found a good replacement and I can save a few dollars each month. The category that really stands out is in the “extra” spending category. $100 of that consists of the renewal of this domain and hosting which are necessary expenses at this point. Maybe eventually I’ll even break even of those expenses as well! Another $100 comes from purchasing a gas card for $90, so essentially I got around 12% cash back on my gas after that discount and credit card awards. So I don’t mind prepaying that expense to lock in such a huge discount.

The rest of the spending in that category came from spending $40 on new hiking shoes, as my old ones had the bottom worn completely flat – no exaggeration there. I had a $50 gift card from a while ago that cut down that expense though. I’m hoping that buying quality ones will help them last a while. The other $100 comes from buying a new monitor during Amazon’s “Prime Day”. It was basically something I’ve been wanting to buy for over two years, and I couldn’t pass the deal up at this point. Obviously not a necessary expense but something I’m happy with and don’t mind spending the money. Was able to upgrade from basically an 18″ monitor to a 24″ inch monitor at the price point for what is usually 21″ monitors.

I also have my other budget goals that I started tracking last month, so let’s take a closer look at those goals too:

With paying so little in student loans, I was able to max out my Roth IRA for the year which I was very happy with. Disappointing month for student loans but was able to hit another important goal! Because of that, my checking account is now closer to the $3000 mark that I’ve now set it up at. That was another reason why my student loan payments were lower, as I had to wait for the paycheck at the end of the month to replenish my checking account. I shouldn’t have to worry about that as much next month since now I won’t be pulling out a huge chunk of money to fund my IRA again. There were also Minimal changes to the emergency fund this month as I continue to build it back up slowly.

I also made a double payment on the car loan this month, as I wanted to test out the bill pay through my bank and make sure it actually worked. I made an additional payment directly on the Honda website so that I wouldn’t have to deal with any late fees or missed payments. Going forward I will probably just be making the minimum payment on that for now and funneling all my additional money towards my student loans.

I’m hoping that next month I don’t break the bank while on vacation and that I’m able to start increasing my student loan payments once again. I’m going to play it safe and see how my spending looks halfway through this month before making any extra payments though.