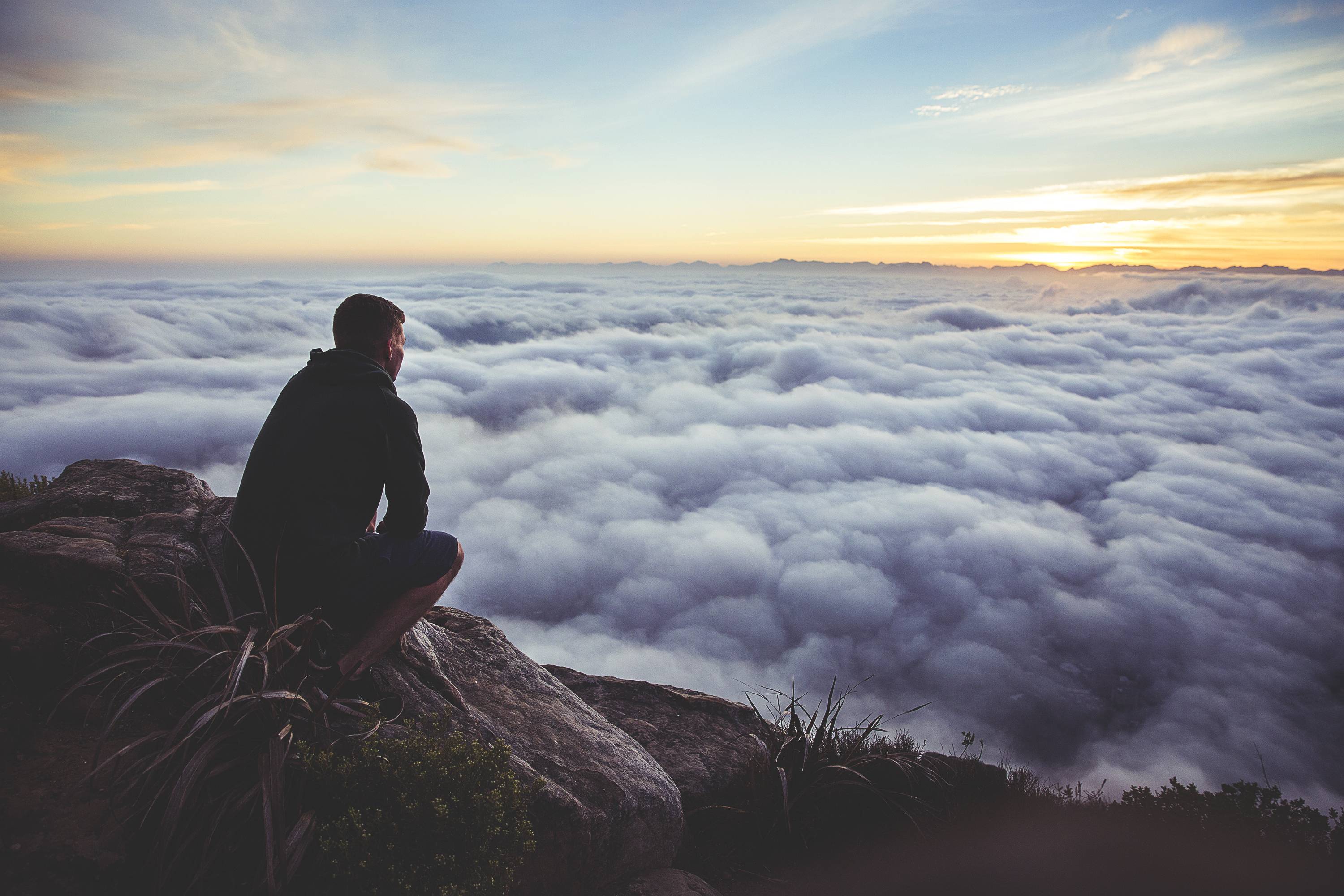 April begins the first month in a new chapter in my student loan repayment journey, as I now only have a single payment to make each month. If you recall, last month I completely paid off all my government student loans. I will never have to deal with FedLoan Servicing again and it feels like I’m starting to gain momentum as I prepare for the sprint to the finish line. This last loan had been on auto-payment for the minimum payment these past few months, and I never touched that. My focus had been eliminating the government loans so all my extra income was going towards them. This is the first month that I made an additional principal payment towards this loan, and I can happily say that everything went through without any issues. Thank you SoFi for making things work so smoothly with my additional principal payment.

So you’re probably wondering what exactly the numbers look like with only a single loan now? I thought you’d never ask! Here is how the numbers break down for April 2015: 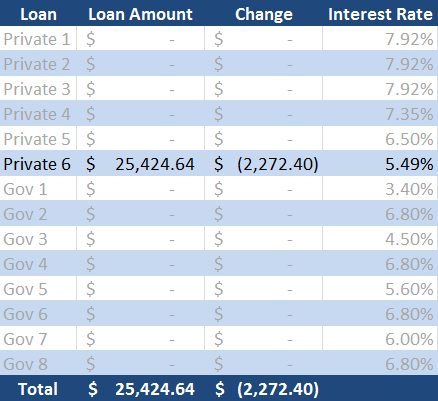 I’m finally down to $25,000 and it feels good to see all those loans grayed out! I have to celebrate the small progress steps along the way in order to keep me on track towards my final goal, and so far it has been working. I’m a little under two and a half years into my repayment and I’m nearing $60,000 paid back over that short period of time. That’s incredible and I never though I would be so close at this point in time.

I made my standard payment of $2400 this month, as I still want to see where exactly my budget settles this month before I decide to put any extra towards the loans. It won’t be a huge amount like I did last month because of my bonus and tax refund, but a few hundred dollars never hurts! I put most of the extra money from March’s budget towards my Roth IRA though, as I want to make sure I max that out for 2015.

I’ve been focusing on moving out in 2015, and now I’m not so sure how that’s going to work out this year (at least early in the year) as the rental market really sucks here. I’m also unsure of where my girlfriend will end up in terms of employment/graduate school. So I’d also rather not be locked into a 1-year lease in a poor location by time that comes around. I’m still looking around though, and have been inquiring about any good deals that pop up – those are far and few between though.

The reason I mention that, as my goal had been centered around me moving out in Spring/Summer and I had also forgot to account for my bonus into that goal. Therefore I’m going to be tweaking that goal slightly and increasing the amount to pay towards my loans in 2015 from $15,000 all the way up to $24,000. I’ll keep posting the original goal just so you can see how it looks in comparison to that, but I’ll mostly be going for that new goal from this point forward.