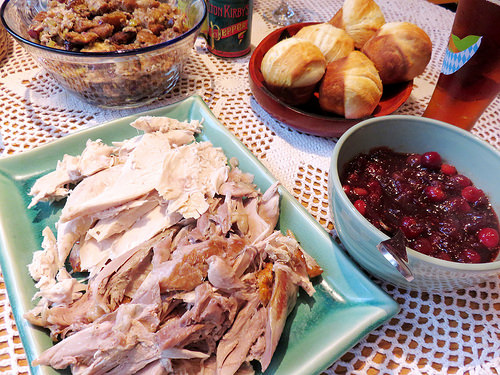 The past two months I have been very aggressive towards paying off my student loans, putting $2400 total towards them each month. Unfortunately this also led to my budget being on the negative side both months, as I spent more money than I earned. Not a huge deal in the short-term as I have a significant amount of buffer between my checking and emergency funds, but I feel much better having a bit of a surplus at the end of each month. I’ve also still been trying to build my emergency back up to the levels it was at previously and that has been pretty slow going so far.

So for November’s payment I have limited the amount to $2000 for the time being and I’ll see how that fits into my expenses when that time comes around. I did some rough “back of the napkin” math to arrive at that amount so I’ll see how well that worked out in the coming weeks. Here is what my student loan balance looks like after making that payment: 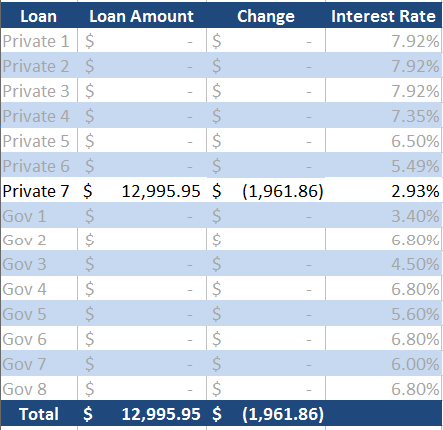 It’s really a great feeling to see that no matter what my payment is at that 95%+ of the money is going to the principal and not towards interest. Being able to refinance my student loans multiple times and having a much lower balance will do that though! I’ve hit another little milestone, and my loans are now below $13,000 by a few dollars. I’m still awaiting the sub $10,000 milestone as I think that is when I’ll psychologically feel like I’m finally in the home stretch. I had calculated that out to be in January and even if I make $2000 payments the next two months that will still hold true!

It really is looking like I’ll be able to pay my loans off in the first half of 2016, and I think that is also going to correspond with a moving out date. It may end up being a race to see what actually happens first, and that might also have to do with how large my bonus is at work as well. If you remember last year, I took my tax refund and my work bonus and put a large portion of those right towards my loans. It gave me a huge boost at the beginning of the year.

But since we are still in 2015 for the time being, here are what my goals are at with only December remaining:

I continue to smash through my original goal as I have in previous months and it now seems to be possible to do the same for my corrected goal. I’m happy that I was able to make both an achievable and challenging goal, and hopefully barring and unforeseen circumstances I should be able to achieve my 2015 goal in December.