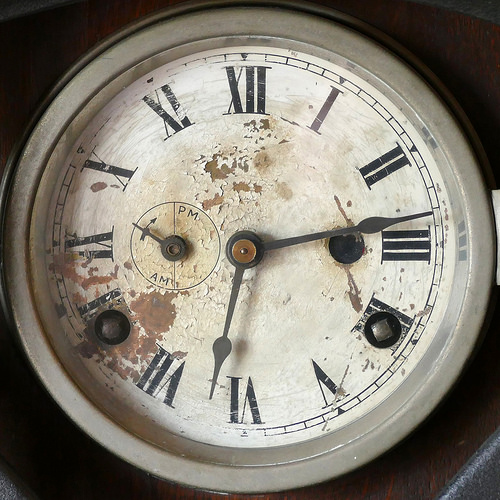 Let’s say that you are walking down the street and someone stops you, offering you three different options. They will either give you $50 today, $54 a year from now, or $60 two years from now – all on the same exact date. We will ignore the fact that you probably won’t ever see this person again and that it would probably just make more sense to take the money right now and move on. Let’s have a level of trust here! We will also assume you don’t have any outstanding debts or bills that need to be paid right now, and that you would be placing this money into savings. So which option would you choose? Do you take the money right now because you’ve heard money now is worth more than money later? Or do you just go with the most money and take the $60 two years from now?

In order to make an educated decision, you would need to know how much money you could earn “risk free” elsewhere. The most common place for this would be a savings account in a bank. To keep things simple for this example, let’s assume that you can get a 10% interest rate from putting your money in a savings account. Obviously this is not true in the real world, but it makes it easier to see in our example. So let’s take a look at which option enables you to come out with the most money after two years.

If we are planning on saving this money anyways, the best course of action would be to take the $50 from the person right now and then immediately place that money into your savings account at the bank. In both the 1 year and the 2 year timeline you would come out ahead from the interest you are earning at the bank. While waiting for the guaranteed $60 two years from now may seem like an enticing offer, if you just took the $50 now and invested it yourself you would come out ahead if you did not touch that money. And while it ends up only being an extra 50 cents, these small optimizations can really add up over time!

This shows us that not just the amount of money you are receiving matters, but also when you are receiving the money is just as important. This is the actual reasoning behind most lottery winners doing better by choosing a large lump sum payment right away, as opposed to receiving installments spread out over a longer period of time. You are usually receiving the same exact amount of money, but the value of that money 5 years down the line is not the same. This also ties in with [inflation] eating away at the value of your money over time too.

If you have ever heard of the present and future value of money, this is where they come into play as well. If someone asked you the future value of $50 in two years, you would be able to tell them that is $60.50 based on the 10% risk free rate. This will change depending on current interest rates, but the method of solving it remains the same. The opposite version of this is also true in that the present value of $60.50 two years in the future is $50 today. But what about if we wanted to apply these terms to an actual situation? Let’s say that you wanted to have $5000 by next year, and were curious about how much you would need to deposit in the bank today to have that amount, we can create a simple equation to figure it out.

If you earning 10% interest, you would need to deposit $4545.45 (your present value) into the bank today in order to have $5000 (the future value that you want to achieve) in the bank a year from now. There are obviously other factors that can come into play, like if your bank compounds interest monthly or if they compound interest at all. This would then increase the amount that you earn from the bank, as each month the interest is being calculated on an even higher initial balance. In the examples above, we just assumed that the bank would compound interest at the end of each year which makes the calculation easier.

While this is a simplification of most real world applications, it still paints a valuable picture of understanding decisions with the actual value of money. You probably won’t be getting 10% interest anytime soon, and most likely you will slowly be saving a portion of your income each month – not depositing a single lump sum the year before you want to do something. But for a quick “back of the napkin” calculation and understanding of the concepts, these are valuable things that everyone should know how to do.