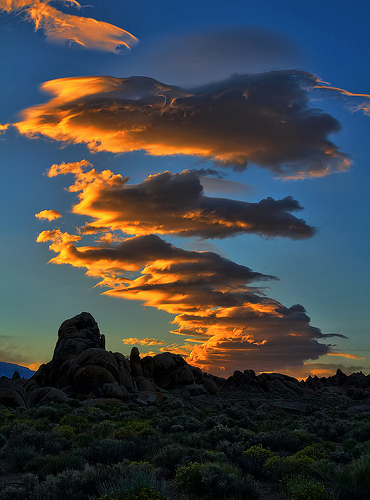 This month will make three in a row (check out March and April if you missed those!) where I have completely paid off one of my government student loans, and it really is an awesome feeling. Even though they weren’t huge loans in dollar amounts, they were three of the highest interest loans and now I only have one loan left at 6.8%. That’s also three less minimum payments that I have to deal with the in the future which is always a good thing when budgeting and worrying about cash flow. There was also no bonus or tax return this month, so it was nice that I was still able to pay off that government loan even during what would be considered a normal month. I don’t foresee any extra large payments coming the rest of the year, so it will be slow and steady progress from here on out.

Here is what my student loans look like this month after making my payments: 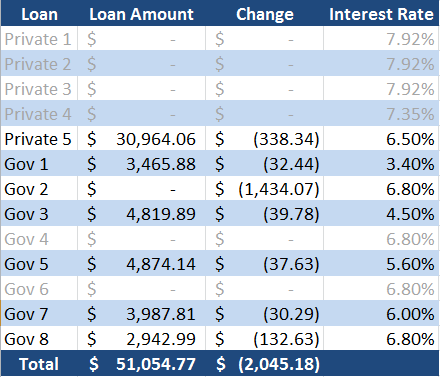 As I said before, I can now say goodbye to government loan #2! My minimum payments are further reduced from originally being $816 to now being $723 a month. And I still have another 6.8% government loan sitting in the way which when paid off will get me under $700 a month but that is still at least two months off. These past three months have been great momentum, but seems like it might be a little dose of reality coming back for the next few payments!

I’m progressing well with my yearly goals too, I think I’ll be able to hit both of them as we are only 5 months into the year and I’m well over halfway towards my main goal and exactly halfway towards my stretch goal. I have an entire month to spare too, as June would be considered the halfway point but by no means will I be slowing down because of that.

The next two months my plan will be pretty defined as I look to completely pay off government loan #8, but after that I will be at somewhat of a crossroads. Do I go back to paying off my private loans which are now at 6.5%, or do I go with more of a snowball method to start getting rid of more government student loans? If only I was able to get my private student loans refinanced even cheaper…but I’ll take my progress for May and hopefully continue it straight into June!