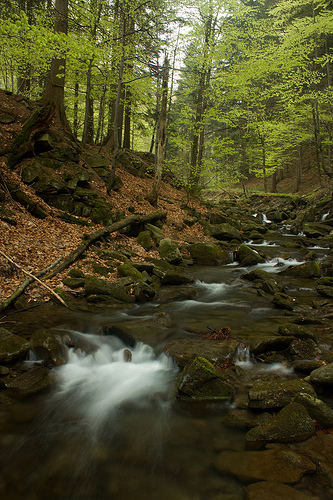 Remember how last month I kept thinking that I had gone over budget, and spent a ton of money and then it didn’t end up being true? Well this month it came back to get me, but I wouldn’t really consider it a ton of money but the actual spending is there this month. I’m hoping that it wasn’t anything too crazy and really not expecting that to happen either. I had some bad luck this month with getting a ticket (more on that later) and also spent a decent amount over Memorial Day Weekend (holiday in the US for any readers outside) going to barbecues as well as hosting one of my own. You can also throw Mother’s Day in there too, and you will start to see why my spending would be higher than normal this month.

This is what my spending for May looked like: 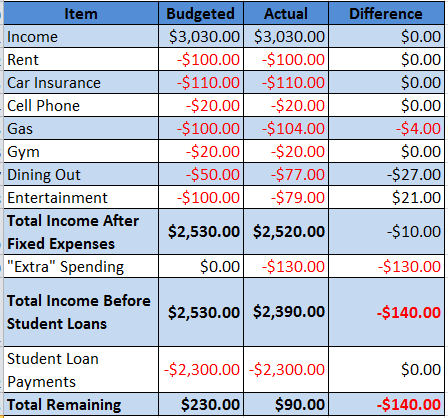 So after running through all the numbers, it really doesn’t look too bad. I went over a little bit but I have that extra spending built into my budget just in case, so that it usually isn’t necessary to dip into my emergency fund. Gas spending was basically right on budget this month, with some extra driving over Memorial Day and gas prices going up leading to the slightly increased prices. I also spent $77 in dining out, which consisted of going out for Mother’s Day, getting lunch one day, and then ordering a pizza one night. This category was higher than normal, but still nothing too bad.

My entertainment spending was at $79 this month which included a ticket to Atlantic City (was sponsored by my company, only $20 for a whole day!) and also consisted of alcohol purchases for the month. I’m not a big gambler and neither are some of my co-workers so we just enjoyed the trip and got a little drunk, went on the boardwalk, beach, and used our voucher on the slot machines. I played a little blackjack with what I won from the slots but didn’t win much. I also purchased beer to go to two of my friend’s barbecues over Memorial Day Weekend as well as having my own, had to stock up!

My “extra” expenses are what really added up this month, and one of those was getting a ticket. So apparently last month I ran a red light at a traffic light with a camera, and when I first got this in the mail I was like “No way! I would never do that!”, but there was a website to even watch the video if it. What happened was that I approached a red light and came to a “rolling stop” also known as not actually stopping, and then proceeded to continue make my turn. Busted. So while nothing terrible, it was still a traffic violation and nothing I could do about it. Luckily since it was a camera, there are no additional penalties with it (phew!), so I just paid my $80 fine and moved on. Lesson learned, always come to a complete stop at a red light.

I also had some bad luck with my car, as the last place to change my oil apparently decided to use an impact wrench to tighten the oil drain plug. My car had been idling high at times, so my Dad suggested to change the oil and also use an additive to see if it did anything. Well I went to remove the oil drain plug and it wouldn’t budge at all. My Dad even tried, and said he never seen anything like it and kept going at it – eventually basically destroying anything that you would be able to grip on the plug.

We took it back to place, and they swore they did no such thing even though my Dad told them he had never seen such a thing in his entire life. A Google search of the issue said the oil drain plug should never be that tight, and if a mechanic does that most of the posts I found said not to ever go back to that mechanic if that was the case! Long story short, they ended up not being to do anything and wanted to charge $500 to replace the oil pan. We called a friend that might be able to do something, and they were able to carefully drill it out and fix it! I gave them $60 for their troubles, as it was really a huge money saver for me. Another lesson learned apparently…

So I also spent around $40 for the oil filter, additive, and oil which I had bought already anyways. I also spent $15 on a haircut and another $10 on a volleyball as the one I had before must have gotten a hole in it over the winter as it was completely flat and would not stay inflated. Really if you take out the ticket and the car issues (that shouldn’t have even happened..) my spending for this month wasn’t bad at all even with with the holidays. And even with the additional spending I still came out positive for the month, if only just barely. Here’s to hoping for better luck next month.