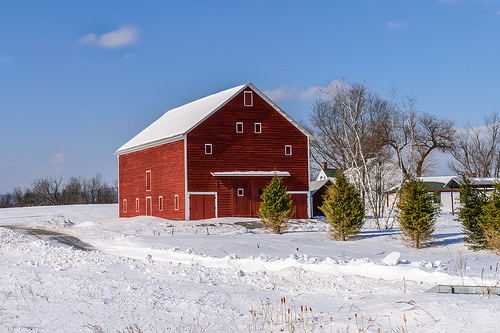 Is Winter over yet? Sadly the answer to that in my area is a solid no, as we are still dealing with extremely cold weather waiting for Spring to come. Luckily even though that has made me not want to leave my house, it has not prevented me from paying my student loans. Probably because one of my payments is automated, and I make my payments on the internet anyways! Even if I did have to run to the bank to make those payments, you know I’d be one of the first in line. I continued to make good progress in February as I get closer and closer to paying off all my government student loans.

I spoke about being able to keep up my progress of the last two years through 2015 in January, and that momentum carried me through February. I expect that to change at some point this year but for now I’ll keep riding that momentum! Here’s my loans after both February payments were made: 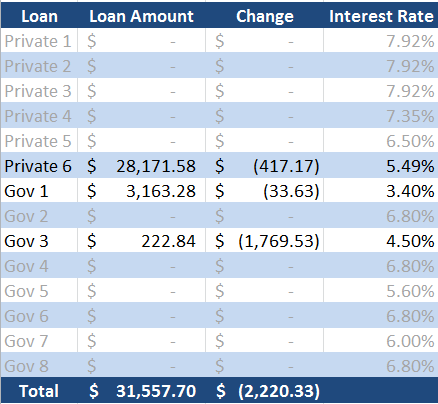 No extra check from my loan company this month like I had last month but it was still a great month even without the extra boost. I put $2400 towards my loans, which is what I plan on doing monthly now – an increase from my original $2300 now that I have a slightly higher income. I now have about $31,500 remaining and my next payment should push me under the $30,000 mark.

The minimum payment on my private loan is $580 a month which is in the form of an auto-payment, and then I end up putting the remaining $1820 towards my private loans. As you can see right now I’m targeting government loan 3, just as I did last month. I was SO close to paying it off this month but it’ll have to wait until next month sadly.

So no huge achievements or loans paid off this month, but I’ll accept the steady progress and knowledge that I’m moving closer and closer to my goals. I’ll be able to pay off Government Loan 3 next month and move towards Government Loan 1 – my last government loan! If everything stays according to plan after I make my payments in April I will only have my private loan left. I never thought I would be saying something like that in 2015! In my mind it was so far out of reach and I wasn’t expecting that for another few years.

As I had stated last month, my goal is to put at least $15,000 towards the principal on my loans with the expectations of moving out at some point during the year. Right now with the progress I’m making it looks like I’m cruising towards this goal which is not a bad thing. I set this goal somewhat conservatively and we’ll see if I need to adjust it later in year. It’s basically created assuming 6 months of “regular” student loan payments like this month, and then 6 more months of lowered payments.