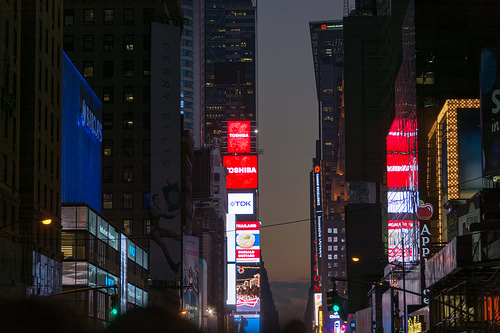 The end of 2014 sure did come quickly, didn’t it? At least for me it really feels like we rushed into Christmas and now it is basically the New Year. I made my last student loan payment for the year right before Christmas, and while it wasn’t really an early Christmas present or anything out of the ordinary there was still progress to be made. I pushed hard towards all of my goals and I’m really happy with the progress I made throughout the year. I have a strong feeling that my situation will change next year, so it was important to me to pay off as much as possible throughout 2014 and I believe I accomplished this.

Here’s how my student loans look after making my December payments: 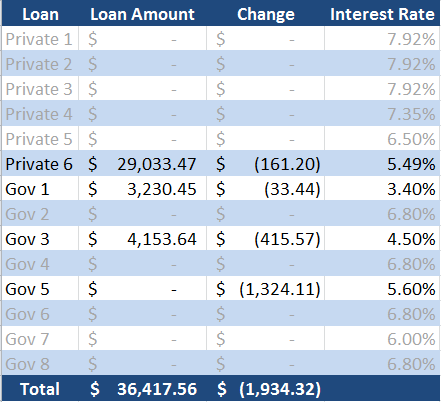 You can see that I completely paid off government loan #5 like I had planned, which means I’m down to only two remaining government loans! I also started to make some serious progress towards government loan #3 and while it would have been nice to double that amount, it’s still a great start. I made my standard $2300 this month and you can see it reflected in the above payments.

My private loan was only reduced by $161 this month, and that is because of the initial over payment when I was switching loan companies. The balance was actually higher than I had started off with, so the amount paid into the principal was less than it usually will be. I was supposed to receive a check for around $550 because of this, but I didn’t receive that check until after I made both of my student loan payments.

I plan on shifting that money towards my government student loans instead, even though they are at a slightly lower interest rate now. They are still my priority for now as I shift away from using strictly the avalance method to pay down my debts. Next month should also start with regular payments on my private loan so it should decrease around ~$350 a month or more, not the small amount that you saw this month!

I do also want to take one final look at my 2014 goals and see just how I did in meeting them:

So I was able to complete both my main and stretch goal, and I came within 90% of my extra goal which I added on later. That’s great progress! I don’t think I could have realistically hit that goal, and even if you add on around $500 from the check and then another $400 extra towards my private loans I still would have come up a little bit short. It’s all about the overall goal to eliminating my debt though and I’m extremely happy with the progress made there.

Heading into 2015, my first priority is to pay off both government loans as soon as possible. It’ll be a great feeling of relief when I know that I only have a SINGLE loan to pay off. Just hearing that sounds amazing, as I didn’t think that was realistic two years ago when I started paying off my loans. I graduated college in May of 2012 and after the six month grace period, my first payment towards all my loans was in November 2012. It’s crazy to think that in just two years I have paid down almost $50,000 worth of principal on my student loans. I’m hoping to have those two government loans paid off by April, with May being the latest target for that.