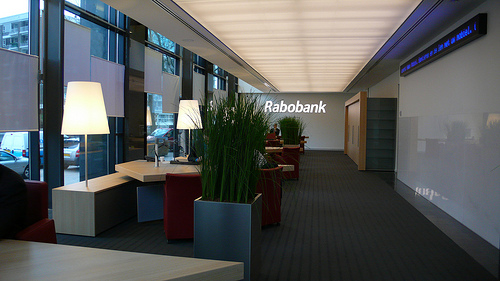 How much money are you saving for retirement? Is it 5% of your income? 10% of your income? Or are you able to save 50% of your income?  With so many different income levels and the cost of living in different areas, it can be hard to determine what exactly is a “good” savings rate for your situation. When referring to a savings rate, the most common way to calculate this is through calculating your disposable income. If you are making $100,000 and are paying 30% in taxes, your disposable income is $70,000.  If you are saving $7,000 a year out of your disposable income, your savings rate is at 10%. I recently read an article that compared the savings rates across several developed countries, and not surprisingly, the United States ranks near the bottom when it comes to saving money. You may (or may not) be surprised at what country comes in dead last though, any ideas on what country that may be?

The country that saves the least is actually Japan where they save only 1.5% of their disposable income, with Poland coming in at a close second. I think that part of the reason that Japan’s savings rate is so low, is because that is exactly what they have been trying to accomplish. In times of recession, saving is essentially just delayed spending, and usually the economy needs that money right then and there – that is how recovery happens. When you push interest rates down to zero, it encourages people to spend their money. If you are saving money in the traditional sense you are essentially losing that money to inflation. There is also the fact that Japan’s population is extremely old. People typically save money as they head towards retirement, and then live off that savings in retirement. If you combine that with younger people saving less than previous generations, it pushes down the savings rate even more.

On the opposite end of the spectrum, you have the average Chinese person saving around 40% of their income, as well as Russia, Switzerland, and Germany hovering at or above the 10% savings rate. China does not have a social security system, which forces them to save at a higher rate. Even if you save nothing here in the United States, as long as you have earned enough income throughout your working life, you will still be guaranteed social security at this point in time. You also have the one-child policy, which may also lead to doubts on who exactly is going to take care of you when you are older. If you increase your own personal safety net, you are guaranteeing that you will have some level of care later on in life. At a savings rate of 5%, you can’t possibly expect to both retire and have money in case of a medical emergency.

So it seems that we in the United States have a very short memory, or the recovery from the recession is still causing people to not be able to save as much. Though the savings rate has ticked up a bit in 2015 versus 2014, the past few months have seen the rate go down again. This is why I think that it is extremely important that everyone that has access to 401k matching takes advantage of at least that. If you are able to allocate 3% of your income to your 401k, and your company matches with 3% – you have essentially created a savings rate of 6% without actually needing to save 6% of your own money. You are receiving a ‘free’ 3% boost towards your savings thanks to your company. Obviously if you have high interest debt it may be best to put these plans on hold temporarily as interest rates greater than 8% eating into your cash flow probably outweigh the 3% ‘free’ money you are receiving from an employee match.

I think that if at all possible, everyone should be targeting at least 10% savings and trying to adjust upwards from that goal. If it hurts too much, bring the savings rate back down to a comfortable level. At 10% you are considered an ‘above average’ saver compared to the United States saving rate, and you should be well prepared to eventually increase that amount as you head towards retirement.