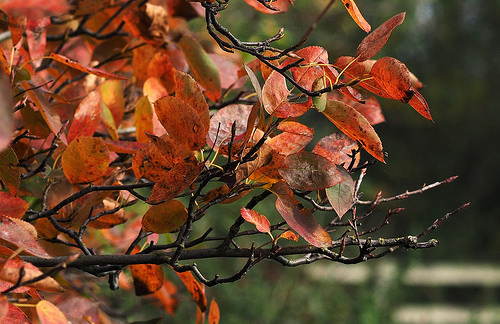 October has allowed me to continue the rapid pace I’ve set for paying back my student loans. I went camping this month which did lead to increased spending, but I still felt comfortable putting a sizable towards my loan. I’m thinking that I may need to adjust my payments down slightly in the next few months, because based on my budgeting and student loan payments I’m cutting it pretty close. But for now I’ll enjoy the progress that I am making and keep pushing forward as fast as possible. I should be able to pay my loans completely off by early 2016, the only question now really – how early?

Here’s how my loan stands now after making my October payments: 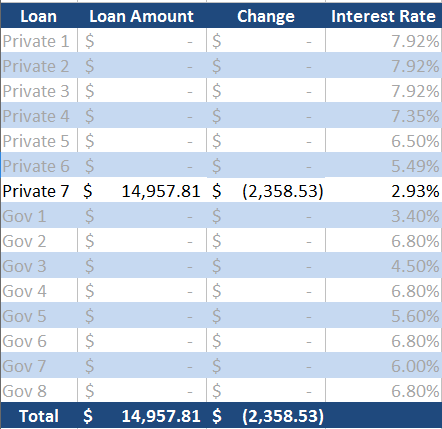 As you can see from above, I put another $2400 towards my loans this month like I had stated earlier. I even gained another dollar towards principal versus last month! I’m not sure if that is because I made my second payment a little sooner this month, but I’d like to think it’s because the principal was lower this month! I was even able to end up just under the $15,000 mark. Next little milestone will be moving my loans from “5 digits” down to “4 digits”.

Last month I had the advantage of receiving the deductible check back from my insurance, which let me comfortably make the $2400 payment for September, but this month I’m feeling a little less confident about that! We’ll have to see just how big of a hit it was once I review my budget for October. From a cash flow perspective it wasn’t a big deal so that is why I decided to just go for it anyways. With my current budget, I’m always able to adjust and correct going forward when it comes to small adjustments. I did the same earlier in the year when I reduced my payments temporarily to build up a car fund and then repair my emergency fund.

I also have my yearly goals that were created earlier in 2015, here is how those are looking:

October would mark the point where we are 83% through the year, and I’m currently at 89% of my goal which means I’m still ahead of pace. Even if I’m forced to drop my student loan payments in November and December down to $2000, I should still be able to crush my goal of $24,000 put towards principal in 2015! Any sort of payment at $2000 or above sets me up heading into 2016 with a principal of under $10,000 after payments made in January. I’m really looking forward to becoming student loan free in the coming months, and I’m starting to see the (ever so tiny amount) light at the end of the tunnel.