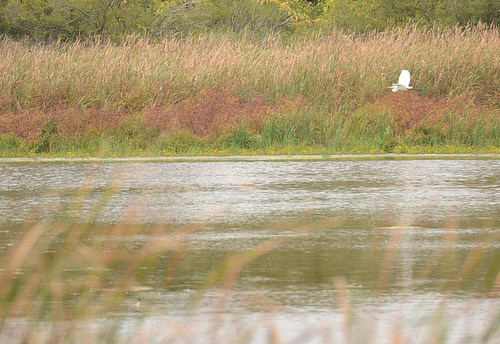 It’s that time for another budget review, one that I’m hoping will show much lower spending across all categories. I hope that everyone else is staying dry and warm as we head into October, we haven’t been so fortunate here on the east coast so far. About midway through the month I also received a pleasant surprise that was a huge boost to my income for September and somewhat of a relief after the expensive Summer. I received $450 of my $500 deductible back, as the accident was considered 90% the other driver’s fault. If I had a witness to confirm I may have been able to get back 100%, but at this point I’ll take that and move on!

Here’s what my budget for September ended up looking like: 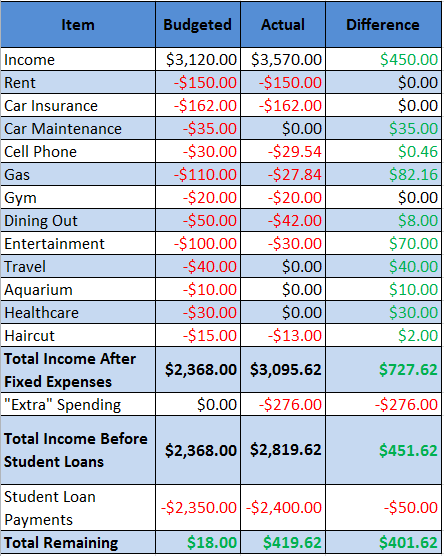 So I already started off ahead of game with the $450 boost this month, which was a nice little cushion to have. I adjusted my insurance payment slightly higher because I had messed that up in previous months, but I think it should be set now. There was no car maintenance expense this month, which was welcome news! I spent around $27 in gas this month, which would have been even lower if I had been near the gas brand which I had a gift card for. I was about 30 minutes away from home for an engagement party, and then we were heading back to my girlfriend’s instead. I had to fill up and there were no other options in the area, no big deal though!

I went out for lunch twice, and my office also held a trip to a Casino where I also ate lunch out. The $10 ticket to the casino was part of my entertainment budget. I’m not a big gambler, but it came with a $15 voucher to spend at the casino. I ended up winning around $40 which that money partially went towards getting a gift for the engagement party I went to. The rest of my entertainment budget was money spent on pre-season hockey tickets and parking for those games.

I also got a haircut at the beginning of the month, and then there was some extra spending. I actually ended up purchasing another discounted gas gift card which costs around $87 for $100 worth of gas after cashback and rewards. It’s like getting a permanent 10% discount on whatever gas you are buying, and you get to pay the cash price as well. I figured I might as well lock in even more savings if I can, and hopefully the next few months of gas spending will reflect those savings. You can already see how low my gas spending was this month!

The only other expenses were the additional money I had to spend on the engagement party, and I also stocked up on whey protein again. I was able to snag 20 pounds for $99 after all was said and done. I consider that a really solid deal especially when its selling for around $40 for 5 pounds these days. The protein per serving is a little lower with this brand, but I’m not too worried as I just use it as a supplement to regular eating. So you can see that even my extra spending this month was only long term purchases that should save me money for things I was going to buy anyways. I’m very happy with my level of spending for September!

I also have my other budget goals that I review each month:

With the lower spending this month, both my checking and emergency funds continued to increase. I’m sure after I make my student loan payments for this month, the checking account will be right back down to the same levels it should be at. I continue to make just above the minimum payment on my car loan because of the interest rate I have. September was a great month of spending for me, I hope that yours went just as well!