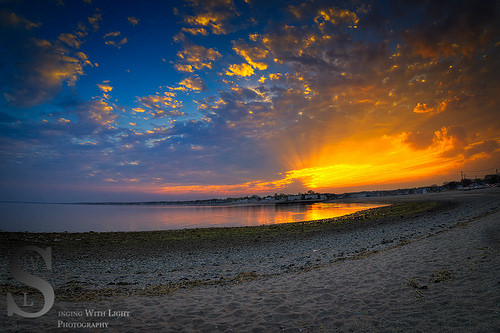 As April comes to a close, we are finally starting to feel somewhat of a warm up here in the Northeast. After the brutal winter even temperatures in the 60s feel amazing right now, though we were just recently below freezing about a week and a half ago. I’ll try to ignore that part and focus on the nice weather instead, as well as a fairly solid April budget. After an expensive March that included a major car repair and a leaking fish tank, it’s safe to say I have recovered well in April. I’m happy to report that I had no major expenses this month and my spending in a few categories was much lower than I was thinking in my head.

Here are the actual budget numbers for April: 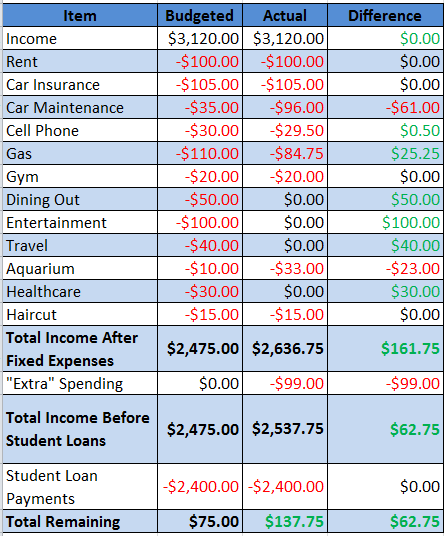 So the first category that sticks out is car maintenance once again, but in reality it’s not as bad as you might think at first. The $96 in that category includes new spark plugs, IAC Valve, PCV Valve, and dielectric and anti-seize grease. I was able to change the spark plugs in my car (with the help of my Dad) for only $15! On some cars the more expensive platinum spark plugs may be worth it, but the ones recommended for my car are the cheap factory copper plugs. They actually end up lasting longer in most cases and the ones we swapped out didn’t even look too bad.

The reason for the spark plug change was because my car hit 90,000 miles and it was under the recommended maintenance. I was having a problem with a low idle while in drive, so that’s why we changed the other two parts. I’m hoping that it resolves the issue (so far it has) as it seems to be a common issue within a few years models.

My gas spending was up for the month was only $84 and continues the trend of spending below my budgeted amount. Towards the end of April gas increased by around 30 cents a gallon though, so I’m thinking that this extra room in my budget will soon be coming to an end. I keep reading that oil is going to go back down and the fact that supplies are so high, but things have been trending in the opposite direction instead.

Somehow I actually managed to spend zero dollars on dining out and entertainment for the month, as you can see reflected in my gas budget. I spent more time just hanging out with people and driving around instead of spending money. I did spend some money on restocking the aquarium and buying some new plants that were needed. The new tank looks great and all the fish are doing well after a few weeks.

The only extra spending for the month was an early birthday present for my girlfriend. She is going to be doing research out on the West Coast for the next two months, and the “present” was somewhat time sensitive. It was an online access code to help study for the GRE the next few months, so while it is helpful and necessary…I’ll have to think of something more fun to go with it.