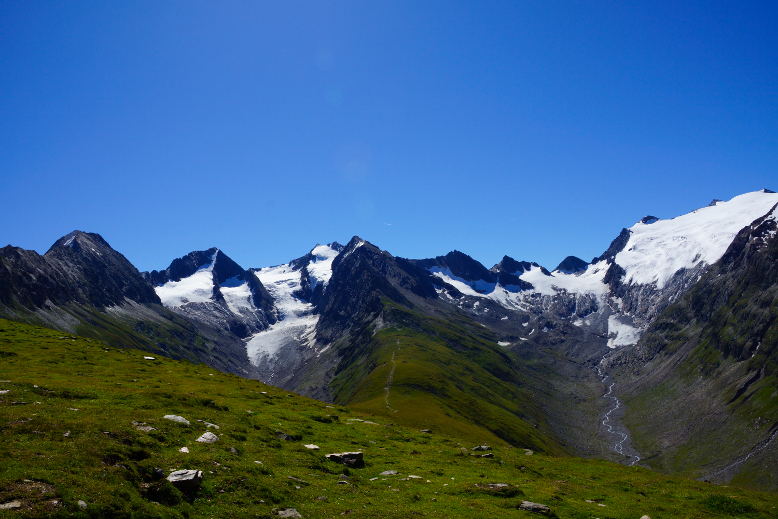 March was supposed to be the best month for my budget, as I expected a large increase in income thanks to my bonus and tax refund. The income side of the bargain delivered (mostly), but unfortunately so did the expense side of my budget in a negative way. I received my full bonus for 2014, but it was a little lower than I would have liked it to be as well. The first hurdle is that the entire business unit that I’m in must reach its revenue goals. Since I’m not really on the sales side of things, I don’t have direct control of that. Because of that we only received around 70% funding which isn’t too great compared to the last few years! Luckily my boss gave me 105% funding for the group (they are always given a little extra to split up depending on individual performance) which help offset some of the initial loss.

Here are the numbers for my March budget: 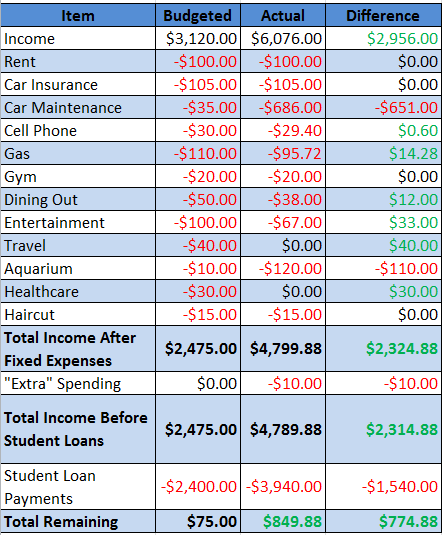 Other than the giant increase in income for the month, (which is always a welcomed change) the next thing that sticks out like a sore thumb is my newly created auto maintenance category. Maybe it was bad omen to create a specific category for that? Probably not, but I ran into some bad luck with my car this month. I was at a traffic light on my way home and when I started to accelerate I noticed the RPMs going up but my speed wasn’t. I took my foot off the gas and tried again with the same result, then saw a white cloud of smoke behind my car.

I look at my dash real quick and did not notice any overheating and no check engine light was on. Luckily I was right near a driveway to a large parking lot an office, so I basically just coasted into that parking lot and pulled into the back. Before I even went to lift my hood up I noticed a trail of fluid behind my car, and a red puddle underneath the front of the car. It had to be something with the transmission and I knew that was not a good sign.

A tow truck ride and a few days later, I learned that my actual transmission was hopefully spared. A hose from my transmission broke because the underside of my radiator was busted. So I needed a new radiator, a hose, new coolant, and obviously new transmission fluid as well. The mechanic asked me exactly what I did when it happened, and he thought it was worth the shot to repair it – the transmission was most likely not damaged. The total cost of that ended up coming out to around $650 after labor and parts and so far I have not run into any additional problems.

The other emergency that popped up during March was that our 20-year-old aquarium sprung a leak. Luckily it wasn’t too quick and we were able to save all the fish with a spare 10 gallon tank that we have. The fish were crammed for a week, but they all survived in the end! We searched on Craigslist and eBay but most tanks on there were either huge or too small and unfortunately we needed a tank ASAP. Since the tank was so old, we could not find a tank that would fit into our stand. It had to be an exact fit because of the metal lip. We were forced to buy a new tank and stand, so it was more money then we wanted to spend but it was necessary.

Even though those two huge expenses came up, the rest of my budget was fairly average. I was slightly under for my gas spending with prices at the pump stabilizing and not raising too quickly. Towards the end of the month, it even seemed that prices had started to go back down a few cents. I went out for dinner once and then went out for lunch another time.

My entertainment spending for the month was on concert tickets, which I had already purchased before all these extra expenses came up! The extra spending for this month was just a $10 donation that I made. You can see my huge student loan payment that I made in March, which also had already been done before the car and aquarium. While I expected to come out under budget by $1500 with all the extra income, I still managed to come under budget by almost $850 based on my income for the month. I’ll probably end up putting that extra in my Roth IRA, but I will wait and see how my car runs for a little while longer first.