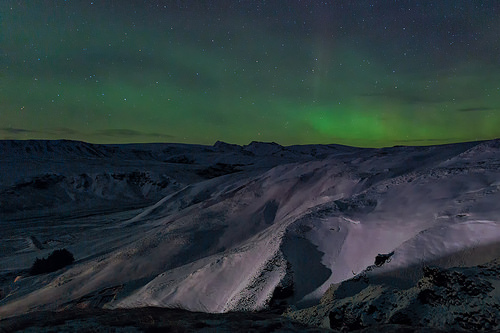 I’ve given you the 2015 round-up on my retirement accounts, and while the market didn’t do me any favors there, I was still able to make positive gains in the second half of 2015. But how exactly did my last budget of 2015 fare? Even with additional Christmas shopping that had to be done, I do think it turned out well when it was all said and done. There was the increased spending with Christmas and for the holidays in general, and I did go away for New Year’s Eve but my travel expenses were kept low. I won’t be doing any sort of yearly spending summary for 2015 as living at home makes my expenses pretty basic. After my loans are paid off I do hope to incorporate even more into this post as I track both spending and savings. But for the last month of 2015, I will continue with my monthly summaries. We’re entering the middle of winter now, so I could use some motivation and/or reassurance in knowing that my December budget didn’t look too terrible.

We’ll dive right into those numbers, looking at my December budget here: 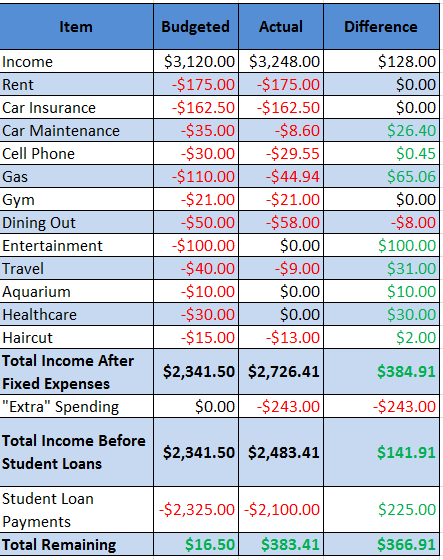 I was able to slightly increase my “income” my applying my cash back rewards for the month of December. I had done this the past two years as it helps to absorb some of the impact of buying presents during the holiday season, and as a second benefit it also helps to show me how much I really spent throughout the year. More cash back isn’t necessarily a good thing as it means that I spent more throughout the year! The rent being paid to my parents stayed the same as it has been the past few months, and my car insurance was still the same. I spent $8 on car maintenance which was just buying a quart of oil, so nothing major there either but more than the past few months. It was a necessary expense though, and not a large one – so no big deal.

My cellphone bill remains the same for now as I stick with Republic Wireless, my phone is actually two years old now too. It was released in August of 2013 but I didn’t get the phone until December 2013. I’ll probably have to make a decision later in the year when my original RW plans grandfathered time is up. I spent $44 in gas this month which was due to more driving on the holidays and not being able to use my gas gift cards. I still have $200 in gift cards remaining and gas prices continue to go down, so I don’t expect spending to be higher than this for the next few months.

I spent a little bit more money going out to dinner because of the holidays and going away for New Year’s Eve, taking advantage of the long weekend. That also caused me to pay some extra money in travel expenses which was in the form of tolls. The rest of the my budget items were zero, other than getting a haircut and my extra spending for the month. The extra spending for December was completely composed of buying gifts for Christmas and I didn’t feel like I overspent there.

Overall with my lower spending across most categories, and the slightly lowered student loan payment that I had been making I was able to come out with a large surplus for the month of December. The student loan payment had been dropped slightly to give me some breathing room, as you had seen in months past that I had gone over budget with any sort of extra spending. I’ll now be able to shift that leftover money from December into a better student loan payment for January without having to worry about cutting back on any spending this month.

There was also my off budget goals that I’ve been tracking, and here are what they look like after December’s spending:

Both my checking and savings accounts saw an increase this past month because of the additional saving I was able to do. I know my emergency fund still isn’t really in the place that it was before the car purchase, but it’s still on the high side compared to my current expenses. It’s also only earning 1% interest rate, so my money is better spent putting extra towards my student loans or even my car loan at this point. I’ll have to reset my Roth IRA goal for 2016, and I will probably prioritize that over the car loan with it being at such a low-interest rate. I may start paying that off quicker once my student loans are paid off, but right now I still think my money is better spent by being put into the market. I should be able to beat the 2.35% interest rate in the long-term. And while 2015 doesn’t really inspire confidence, I remind myself that these investments are over an extremely long time period at this point in my life.

I hope everyone else was able to have a solid 2015 (including December) and didn’t finish the year with too high of spending. I know I’m off to an alright start in January, though I’m thinking that my dining out budget may end up a bit on the high side. Don’t think there are any other red flags just yet, but we still have two weeks to go in January. I’m hoping to develop a 2016 goals post and bring you my first student loan update post in those next two weeks, so please stay turned for those posts!