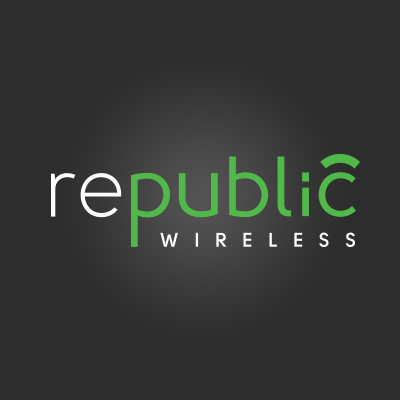 If you are searching for ways to save money on your monthly budget, one of the easiest expenses to target is your cell phone bill. Most people end up paying for way more service than they are actually using. If you think about it, even 15 years ago most people didn’t even have a monthly cell phone payment. Now with some family plans the cost of a cell phone bill can be 2x the amount someone is paying for cable and internet! I already highlighted some of the success that my girlfriend had in switching from AT&T to Ting going from a $60-70 monthly bill, down to a $20-$30 monthly bill. Now I’m going to also share with you another way to save money on your cell phone bill through my Republic Wireless review.

I’ve been with Republic Wireless for a little over a year now, and the overall experience has been positive. I had been on a family plan from Verizon with my parents up until December 2013, and I didn’t even *gasp* have a smart phone until then. I had wanted a smart phone, but I didn’t want to pay the $20 extra a month for the mandatory data. None of the major carriers at that time offered the plans they have today, everything would be anywhere from a $15 to $25 increase per month. I stumbled upon Republic Wireless earlier in the year but at the time they didn’t support MMS at all. That was a deal breaker for me, as group messages (unfortunately) require MMS to function.

But shortly before December, they announced MMS functionality to all major carriers and I decided to make the switch. I selected the 1st Generation Moto X which costs $300 up front, and is probably enough to scare most people away. But I knew that if I took care of the phone and had it last 2-3 years the overall costs would be much lower than a subsidized phone through Verizon, AT&T, etc. Republic does allow you to port you number to and from all the major carriers, but check with them first.

Currently Republic Wireless has four phones available. I went with the Moto X 1st Generation, because at the time when I signed up it was really the only phone available. Their previous phone was for beta users only, and significantly undervalued. Right now I think that the Moto G is the best value, and that is the phone that both of my parents went with (I recently convinced them to switch over too). I personally would probably have still gone with the Moto X, as I plan on keeping this phone for 3 years.

There are also four plans available from Republic Wireless. There is a $5 plan that enables you to use your phone over WiFi only, a $10 plan that gives unlimited talk/text over cell and WiFi data only. Then there is the $25 that gives unlimited talk/text and 5 GB over 3G and a $40 plan. I think the best bets here are the $10 plan if you have WiFi at home and work, and the $25 with the 3G works just fine in my area.

Republic Wireless relies on the Sprint network for coverage, which has a bad reputation. I can honestly say I haven’t had any trouble here in the Northeast and have never really entered a dead zone. There have definitely been a few places where the 3G coverage was slow but I have not noticed a difference from Verizon’s coverage. Obviously this varies greatly across the country, so please check the Sprint Coverage map in detail and search the Internet for personal experiences in your area.

Let’s also do a little cost comparison between Republic Wireless and Verizon/AT&T based on 2 year ownership of a phone.

Over a the life of a 2-year plan (standard for most contract phones), you can save at the lowest $200 versus AT&T and around $400 against Verizon. If you go with the Moto G for $149 from Republic Wireless and still pick the $25 a month plan, you will save almost $700 in two years versus the cheapest Verizon Wireless plan! That’s a savings of around $30 a month. If you use the $10 a month plan your savings increase to $42 a month. And the longer you stick with the same phone on Republic Wireless, the more your savings will increase.

Who Republic Wireless is good for:

Who Republic Wireless isn’t good for:

For most people, Republic Wireless will be a great fit. You’ll be able to save money on your cell phone bill and will still have a smart phone. While you may not get the latest and greatest generation of the model of phone you prefer, most people will never notice a difference. The processor/cameras/screens in all of these phones is great for everyday users. Even if you splurge on the Moto X 2nd generation, you will still be saving money versus most plans through Verizon, AT&T, Sprint, and T-Mobile. If the Sprint coverage is good in your area, check out Republic Wireless for yourself.