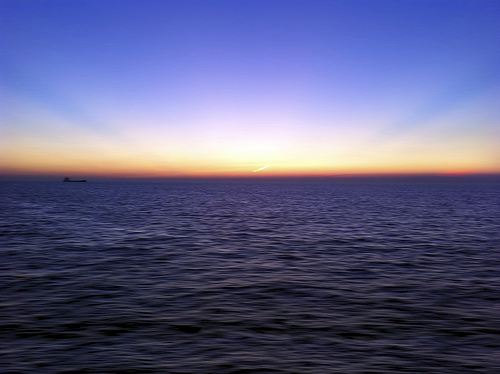 As we enter the first few days of Summer, unfortunately my student loan payments do not have a summer vacation like I used to get back in college. Maybe that’s a good thing though, because it keeps me on my toes and even if there was a break – I’d probably keep making the same payments anyways! The past three months I was able to completely pay off one of my student loans which was a great feeling but unfortunately for the month of June, that streak has broken. It’s by no fault of my own though, as I continued to make my standard loan payment it’s just that my last 6.8% interest loan had a higher balance than I was able to tackle this month. If things go according to plan I’ll be able to completely pay off that loan next month, but for now the focus is on June. 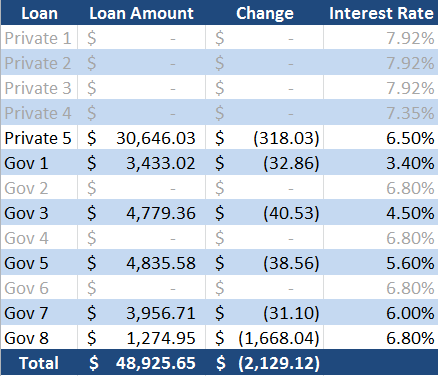 I was able to put my full payment of $2300 towards my loans this month, with $500 going towards my private loans and then $1800 going towards my government student loans. I made the minimum payments on all those loans except for the highest interest loan Government Student Loan #8. There’s a little over $1200 remaining on that loan, so after next month I’ll have to make a decision on what loan to really start paying down after that.

One little milestone that I did manage to hit this month was that my outstanding principal has finally dipped under $50,000 which was nice to see. It would have been even nicer if the balance for my student loans had never even been over that number, but it’s probably a bit too late for that. But it’s another digit dropping down and right now the most important one that needs to be eliminated!

My yearly goals are obviously still on track, and now we have reached the midway point of the year for payments. As you probably remember from my previous student loan updates, I’ve been on track to not only meet both of my goals but exceed them. Since we are now in June, my goals should be at least 50% complete if I want to reach them by the end of the year:

I was at 50% for my stretch goal last month, so it was easy to see that I’m on pace for both goals like I had said before. I might even be able to reach my main goal as early as September at this rate. Do you think I could even hit $30,000 paid towards my loans this year? That sounds crazy to even think about, but it is starting to look possible at this point.