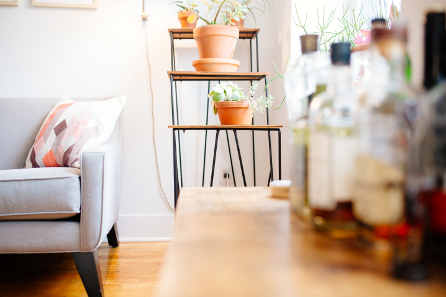 I came into the month of September hoping to keep my spending down and under budget after a few Summer months of going over budget, even if it wasn’t by that much. I planned on changing that pattern this month and really wanted to stick to that goal as we went through September. I ended up having a few expensive days and a night out. I also forgot that I was going to need to more contacts this month, but I still actually managed to come in under budget for the month.

Here what’s my budget looked like for the month of September: 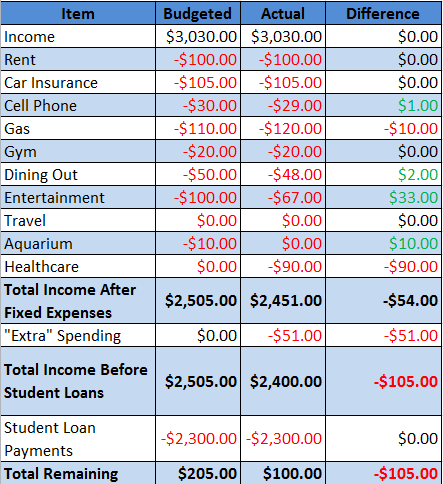 As you can see from the above, I did finish the month with extra money remaining although I guess it was under my “standard” budget – but that’s only because I don’t have zero-sum budget at this point in my life to allow for some flexibility. The first few expenses on the list are standard and don’t change from month to month, but you can see that my gas spending was slightly over budget for this month.

I’ve also adjusted my allotted gas budget up a bit from previous months. This is because we were in the process of moving offices at my work, which enabled me to work from home two days a week. This was a huge gas savings throughout the Summer months but that is now over. I will also no longer be carpooling as the person I was carpooling with must now be in the office an hour early and leave an hour earlier. Unfortunately it doesn’t look I’ll be able to do that, and nobody else really lives close enough to start a new carpool.

I also spent some money on dining out which consisted of treating for pizza one night and then going out for lunch in honor of a coworker’s birthday. It was at a Japanese/sushi buffet so it wasn’t that cheap and I also bought lunch one day this month.

My entertainment spending was going to a barbecue and having some people over, so I bought some beer for those occasions. I also ended up going out one night and probably spent more than I should have at the bar! We did take advantage of Uber though, this was my first time using the service. Our driver was extremely friendly and the entire experience was a positive one. The trip cost $18, so my share of the ride was only $6 – not bad at all.

I added in a “healthcare” category and will probably just budget $0 for that every month, but I wanted to at least separate this out as a category for my own records. I needed to buy contacts this month so that’s where the $90 went to for a three-month supply of my contacts. The extra spending for the month was a raffle that benefited a local food pantry (unfortunately I didn’t win any prizes!) and a haircut. I also spent $26 on getting more Dorco razors, which should last me a year or more. The reason these were so “expensive” was because I wanted to get the free shipping when you spend $25 or more.

September ended up being a pretty good month for sticking to my budget, even with forgetting that I had to buy more contacts to at least last me until the end of the year. I’m going to keep monitoring all my spending categories and adjust the budget going forward like I had started to do last month, but I think the only category that might need adjusting is a slight bump up for my gas spending. Hopefully I can continue these spending habits into October!