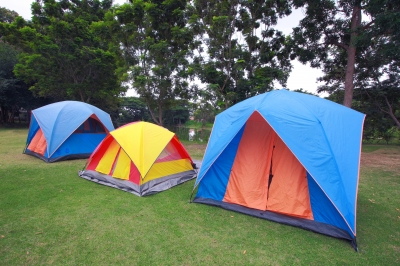 It’s the end of the month, and that means it’s time for another budget review post. Aren’t you super excited? I know I was curious to see myself how I much spent this month. There was a little extra spending in general for this month (that shouldn’t repeat in future months at least) and I also went camping for a long weekend which adds to my gas expenses and general expenses too. I re-adjusted some categories in my budget that had become out of date and will probably be doing more adjustments in the coming months to reflect a more accurate picture of what I’m actually spending as well as changing some categories.

Here is how my spending came out for August: 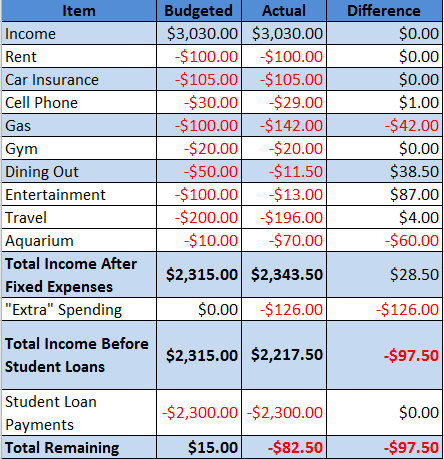 The first line item that I changed was my car insurance, which after paying an initial payment of $500 last month will be $105 a month for the next 8 months. That’s $5 cheaper a month than last year, woohoo? Yes, I really pay $1400 a month for car insurance, but I’ve already ranted about that enough.

I’ve also upped my cellphone expense to $30 a month, as I’ve switched off my parents Verizon Wireless plan to have my own with Republic Wireless. So this is now $10 more expensive, but I’m now paying my own bill so it’s cheaper in the long run, and one of the cheapest plans you can get independently. My parents are going to switch to Ting like my girlfriend, so they will hopefully be cutting their bill almost in half too.

Gas expenses were up for this month, and that was because of the added travel of going camping as gas prices have actually come down quite a bit this month. My dining out was only $11, which was two beers at Buffalo Wild Wings and a trip to Sonic one night. I forgot what exactly my entertainment spending was – but it must have been something I spent while camping – I know it was there!

I added the rest of my vacation expenses into a travel category, thanks to the suggestion of Cecilia @ The Single Dollar which includes the camping reservation cost as well any tolls I paid. It also includes any additional groceries that I paid for while camping. $196 total for a three night vacation isn’t bad at all, plus around the $30 extra I spent in gas for the month.

I also added in a category to my expenses, called aquarium which most people might find a little silly or a waste of money, but it’s something I really enjoy doing ever since my dad bought a tank when I was younger. We lost all of our fish when we were without power for about two weeks, and I’ve decided to help restart the tank since now I can afford to contribute! The initial “start-up” costs were $70 this month which included a freshwater test kit, filter media, and one group of tropical fish to start off. They’ve been doing well for about 3 weeks so far, so I’ll probably get more this month! I don’t estimate this to cost more than $10 a month, and most months it will end up around zero.

My extra spending for the month was changing my oil as well as getting a new air filter, as well as getting extremely unlucky and having to go to the doctor! Before I even went camping (slightly ironic), I thought I had just gotten bit by a mosquito or spider on my side but then a bull’s eye rash started to develop. If you’re from the Northeast you probably know exactly what I’m talking about, I had gotten bit by a deer tick and got Lyme disease. Luckily for me the rash DID show up, and was in a place the was easy to see. So I had to also add in a doctor’s office visit and my antibiotics that I’m still currently taking.

So even after all these expenses and going away, I only ended up $82 over my budget. That’s two months in a row now that I’ve gone over budget, but I think I’ll be able to pick up the slack in September. There are no vacations planned and I can’t think of anything (at least anything planned) that will be a large expense.

Image courtesy of pakorn at FreeDigitalPhotos.net