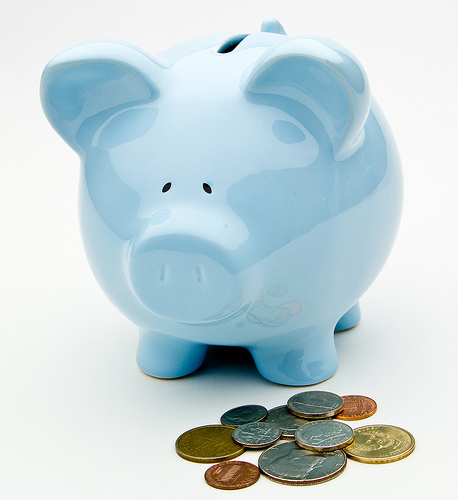 I was reading up about credit unions and some of the advantages and disadvantages that they might offer, and I stumbled upon what I thought was a really cool program. This program is called Save to Win and it seems like it offers a great incentives for people to save their money instead of spending their money. The basic idea of the program is that it is lottery for saving money. You gain entries into this lottery by saving your money instead of spending that money on lottery tickets. The program/contest is currently only available in four states: Washington, Michigan, Nebraska, and North Carolina.

The program is actually really easy to enter, all you have to do is be a member or join a credit union that allows participation in that program. Then you have to open a share certificate (similar to a 12 month CD) and deposit $25 into that account for your first entry. Every $25 you deposit into that account gets you an entry, with up to 10 entries per month. Depending on the state you are in they have monthly, quarterly, and yearly prizes as well as certain credit unions offering even more in prizes.

I really feel like this program is a great way to promote saving for people that might have not saved in the first place, giving them a great incentive. Instead of wasting money on lottery tickets that gives them an infinitely small chance to win, they are now saving that money and gaining a chance to win – even if it is at much smaller scale than the real lottery. They will also gain interest on their deposits even if they don’t win, though the interest rates I saw are around 1% or lower, which seems to be the going rate for a 1-year CD these days.

Obviously an account that is losing money to interest (unless you happen to win one of the lottery) prizes isn’t the best thing, but it’s the premise of the program that I think is so great. It teaches people to save and put them in the right direction and may even turn someone into a save instead of a spender, especially if they up being one of the winners. It may even further them to start researching other options to invest in, maybe the stock market or some bonds. Even if it doesn’t fully reverse a person’s habits they will hopefully at least keep this money in savings, especially for people that might have thought they couldn’t afford to save before.

For someone that already saves a percentage of their income, I think this is a good opportunity to put part of your emergency fund into. Obviously you don’t want to put your entire emergency fund into this program, because it is a 12-month account with a penalty for early withdrawals. Your emergency fund should be highly liquid anyways, so why not have a chance to win some money too? The interest rate is comparable to most savings account rates at this point, and you could still keep half of it in a normal savings account.

So based on my save to win review, I think that if you live in any of these states and you or someone you know can benefit from this, I would definitely look into this program. Make sure to your research on which credit union you pick based on interest rates, ATM fees, etc but after that I think it’s a solid program based on a great concept. It turns a bad habit into one that becomes a good habit, and even if it still is a bad habit – at least the money is not being “thrown away”.