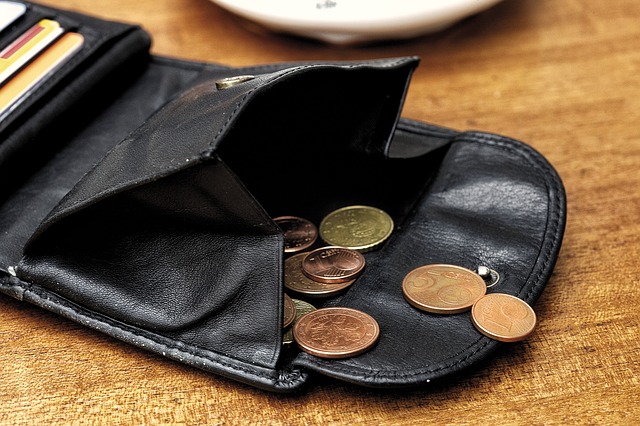 You might read this post title and think I’m trying to come up with some clever expression, but that is not the case here. I am literally talking about putting your wallet in your back pocket. This might be slightly off topic from my normal blog topics, but I had to share my new found knowledge with you! And hey, some of your money does have to go into your wallet doesn’t it (probably not as much as we’d like)?

Some of my coworkers and I had a discussion about wallet and key placement in pockets at work a few days ago. Super exciting conversation, right? I had never thought that anybody really did differently than me. It was one of those things where I just assumed that most everyone always put their wallet in their back pocket without even thinking about it.

Sure, when I visited a crowded city or went to a concert I would move my wallet to the front pocket – but this was only a temporary solution. Right after this, the wallet went right back to it’s normal location. But as I found out – ost of the people I talked to during this conversation keep their wallet in their front pocket, and someone actually mentioned that you could have a lot of problems later on in life with your hips, legs, back, etc. from years of sitting on your wallet.

This part of the conversation intrigued me, and I decided to do a little bit of research. I spend most of my day sitting in an office as well as driving in a car, though I don’t always sit directly on my wallet. A lot of the times it is somewhat off to the side, but I’m sure this still makes a difference. I’m not completely level on both sides in that case (especially because my wallet is so fat – I wish!).

The first article that I stumbled upon was this one from the BBC. It doesn’t really give any numbers or statistics, but they do recognize it as being an actual thing and the wallet in the back pocket being the cause. It definitely stresses the back pain part, and I know that my dad deals with that on a daily basis so it’s definitely something I’ve been trying to avoid.

The second article I found was in the NY Times. It once again re-iterated the chronic back and hip pain, and that definitely gets my attention. I also found several discussions on forums and other articles debating whether this is just an old wives tale or not, but it definitely seems to have some validity behind it and the logic makes sense.

Since reading these and talking with my coworkers, I have made an effort to start putting my wallet into my FRONT pocket all of the time. It just seems to make too much sense and if it can prevent problems down the road, it seems like a simple change. It is a bit frustrating for me though, as most people now have smartphones so they put that in one pocket and their wallet in the other. I, on the other hand am still rocking my ‘dumb’ phone so I also carry my iPod around with me for quick googling on WiFi. I also use it for listening to music in my car and the extreme cold in the winter is not good for the battery, and the extreme heat of the inside of a car is not good for electronics in general. So that’s why I keep the iPod in my pocket, forcing me to have slightly crowded pockets with the wallet moving to the front. I think this minor inconvenience is worth avoiding potential pains!

If you keep your wallet in your pocket, where do you keep it? Front or back?