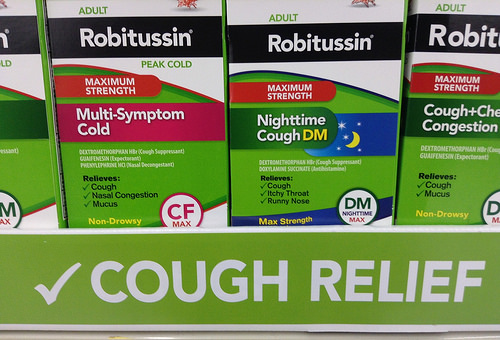 I’m big on early retirement and being able to spend your time as you see fit, to not be restricted by an employer. This is a long-term goal for me and one that will take many years of discipline and budgeting (probably a little luck too), but it is one that I am striving for. One of the reasons for that being one of my goals is due to the vacation policy (or lack thereof) here in the United States. There is no mandatory minimum vacation policy in the United States and there is also currently no mandatory paid sick leave. My job is great and I’m very happy with my career path so far, but I do not want my job to define me as a person. This may be a little easier for those doing research, entering the field of medicine, etc. But for most of us it’s not quite possible through a standard office job. It’s crazy how we are expected to spend so much time at work, even when not busy, when there is a lot more to see and do out in the world. There is now a proposal being made that would introduce paid sick leave to federal employees, and also a push for it on a national level as well.

I did want to start off with a disclaimer that I am not bashing the United States or anything of that sort, and I fully understand there is a ton of opportunity and I know I am extremely lucky for that. Heck, this ruling wouldn’t even affect me as my current employer does in fact offer paid sick leave! I’m hoping that this can help those that aren’t in such a lucky position. When I worked in the food industry (not really fast food or a restaurant but a chain), many times we only had a certain amount of workers and it was frowned upon for calling out sick. And I was serving people food and drinks – these are the last people who should be working when they are sick!

As I had stated before My current job I am given “unlimited” sick days which is a great perk. And most of the time I actually don’t use my sick days, as luckily I haven’t gotten very sick in my time working there. What I do end up doing though, is I always work from home when I’m sick. I tell my boss I might not be as productive and sometimes I have gone back to bed, but I do get some work done and I don’t put others in my office at risk! I have seen people in my office come in sick and get praised for it “working through it” and that sort of thing. The only thing that was on my mind was – stay away from me! I have also seen the opposite where people were sent home as to not get others sick. I think it’s somewhat of an American thing of “toughing it out” but it also may be the corporate culture. It’s been shown that too many of us go to work when sick, though.

One of the arguments I have heard about paid sick leave is that companies will just take the value of your days out of the base salary. They assume that employees will use every sick day,  every year. This would most likely lead to employees ending up with less total compensation; unless they do happen to get sick. I think this is a credible argument which is unfortunate, but at the moment it is reality. I would like to think the people in charge of these decisions aren’t as cold-hearted as they are made out to be. I would hope that people’s health isn’t just considered a “business decision” at many companies.

Another argument is that companies would stop being competitive with vacation/sick/personal days. I don’t think that this is the case. Companies are already enticing prized talent with compensation packages, and that includes time off and benefits. The companies that are already on the “floor” of offering zero days will now offer sick leave. Companies will still compete for the best employees, and companies aren’t going to all of a sudden say,  “Well the minimum is 7 days, so now you only get 7 days!” If they do, another company will swoop in and offer that same worker 8 days off and a higher salary.

The last argument goes back to employers cutting costs at the expense of their  employees. They would cut back hours so that employees are not considered full-time and not qualify for sick leave. An example would be restaurant that initially has 5 full-time employees. They work the minimum of 30 hours a week to qualify for paid sick leave. Now they would phase out these full-time employees and bring in 7 part-time workers at 25 hours per week to replace them. Thenthey don’t have to offer any benefits or paid sick leave. I believe the solution here is to tie hours worked to “earning” sick days. The benchmark can be set at 40 hour a week person to get 7 days in a year.  But we can make it so that part-time worker would still “earn” 3.5 days just by working 20 hours a week. Even if you were only working 10 hours a week, you would qualify, just for less hours.

Sick leave is a tough issue, because you’d like to say to people to not work for employers that use such terrible business practices. In reality, many people are tied to these jobs and would much rather go in while they are sick then get fired or blacklisted. And you can’t blame them for that. I think a lot of it stems from the work, work, work mentality and our culture in general. I’m not advocating for us to become lazy though; hard work is extremely important. We also need time to recover so that we can perform our best at work and not get others sick at the same time.