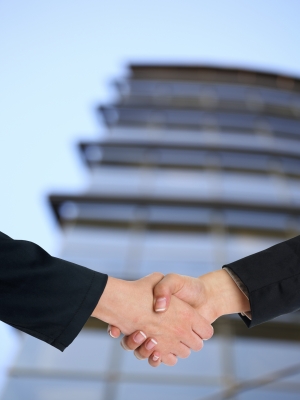 Back in May, I wrote about Sallie Mae receiving a penalty for overcharging military service members that were supposed to have capped interest rates and additional benefits for their student loans. Sallie Mae ignored these in many cases and then they were finally hit with a penalty. During that time, Sallie Mae was also in the process of splitting into two companies: Sallie Mae and Navient. The new company that was being spun out of the old was Navient, and this is essentially the “old” Sallie Mae focusing on servicing loans and trying to secure new contracts with the Department of Education.  The “new” Sallie Mae was going to change its focus to be a financial service company, with their primary target being college students and their families. They would also still work on providing private student loans but would function more as a traditional consumer bank.

After paying off this $96M penalty, Navient has recently been rewarded by having their by having their contract with the Education Department extended once again! This is coming just three short months after the penalty was paid by them. The Education Department claims that it would be “irresponsible to cause interruptions for borrowers” even though this contact would only deal with issuing new loans! They could easily not give Navient any new student loans this year, and instead spread them amongst the other three loan providers instead. Existing borrowers would not be affected and Navient would actually feel some real pain for their poor decisions.

Navient has around 6 million borrowers under contract with them, and the loans total over $100 billion! That fine is a small drop in the bucket compared to what this government contract will bring in for them. The Department of Education even publicly stated they were thinking of dropping their contract with Navient, but this seems like it was all just posturing at this point. They have also finished dead last in ratings for the past two years among the four loan companies that work for the federal government, which would give the Department of Education all the more reasons to not continue this partnership with Navient.

I’m hoping that the Department of Education can start to at least transition some loans to smaller nonprofit loan companies which overall seem to have a better reputation than the four larger companies when it comes to servicing loans. I know if I was in charge of negotiating these contracts, I would take a much more hard-line stance and not renew a contract with any provider that had abused it’s privileges and essentially wasted our taxpayer dollars. Obviously this is not the case right now even as politicians preach for more borrower protections and better customer service from these companies but don’t put their money where their mouth is. If you don’t take away the incentive to make money, it seems like there really is no other incentive for some of them.

Image courtesy of adamr at FreeDigitalPhotos.net