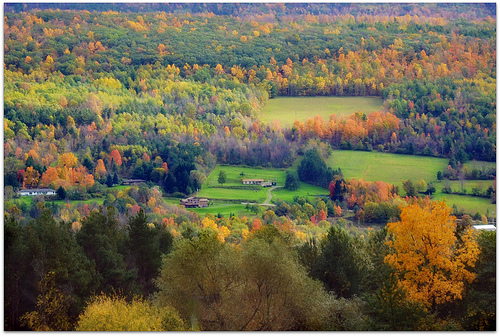 I came into the month of October with expectations that I would have a slightly higher budget than normal, but I still wanted to keep it within reason and even within budget this month. These expectations were due to a long weekend of camping I knew that would lead to increase fuel costs as well as having to spend extra money on groceries for the trip. A few other unexpected expenses came up, but nothing too bad or out of the ordinary. I think October was a solid month for me in sticking to my budget.

As you can see from my budget above, I correctly predicted my gas usage going up – although I didn’t think it would go up quite as much as it did. We weren’t able to carpool as much this month which probably led to an extra fill up which I had been avoiding with the carpool, so that’s an extra $20 or so there. That was also compounded on top of the extra travel. I spent a little more than I would have liked on going out to eat, but some of that cost also included alcohol (which is obviously still spending money going out!). I was given a free hockey ticket, so I bought my friend an overpriced beer at the arena as payment and we also went out to eat. I bought lunch one day as well, and we went out as a group one day after work too.

My entertainment budget was much higher this month due to the camping trip, I spent about $25 on groceries. I also ended up going to a concert which ran me around $30, as well as having to split parking for $10. My girlfriend and I went to a concert a few weeks ago too, my ticket for that cost $30 so really the camping trip ended up being pretty cheap since the reservation cost was months ago. I also bought another work shirt this month for $12.

The extra spending for this month was the $45 for my car registration which sucks, but was obviously unavoidable. I ended up putting $2300 towards my loans this month, so I came in $22 over budget – not bad at all. Last month I had ~$200 remaining for the month so that is why I decided to put the $2300 towards my loans instead of $2200, and it seems like it ended up working perfectly. Unfortunately I expect next month’s budget to be higher once again, and I might not be able to put as much towards my student loans. It’s been about six years since I bought new tires and these ones are definitely starting to show wear. I’d like have new ones on before the snow and ice arrive so we will see how that goes next month.