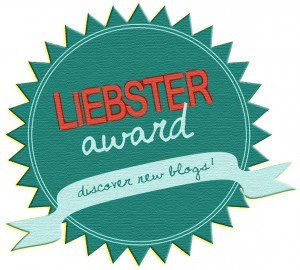 A few days ago I was nominated for a Liebster Award by Downstairs in Debt a debt blogger around the same age as me who lives in Canada with her boyfriend while trying to pay off all her debt. She was recently able to pay off student loan completely a few months ago, and is now trying to tackle paying off a credit card and a line of credit from college. She’s also a hockey fan, which is also my favorite sport! If you’ve never checked out her blog I would highly recommend going over and taking a look and even subscribing if you like her posts.

Being nominated for the Liebster Award is pretty awesome, especially considering this is actually the second time I’ve been nominated for this award the first time was by Impersonal Finance earlier in the year. But that doesn’t mean that this time is any less special or that I’m not appreciative for it. It’s always awesome to be recognized for something that you’ve done no matter how big or small, and especially by people who are blogging about similar things as you.

As part of the Liebster Award, Downstairs in Debt has provided a set of questions and I intend to answer all of them right now! Here goes nothing:

1. What is the best advice you’ve been given/read since starting your blog?

Some of the best advice that I’ve read is that it’s not necessarily how often you post, but more important that the content of your posts is quality and that you are writing about something that you are truly interested in. If you write 5 mediocre posts and they get 100 views each, a great post that gets 800 views by itself is probably more valuable. I also learned to not worry about monetizing my blog so much, but if it does happen to start making money I won’t complain! I’m focusing on my writing and content above all else and that I’m using this blog as a tool to motivate me and share my journey with others. If I can help some others along the way as well, that would be great too.

2. What is your favorite book? (I might just have to read it!)

Hmm, this is a tougher one as I don’t read nearly enough like I used to when I was younger. But a more recent book that I read and really enjoyed is one with a sports theme was “Coach: The Pat Burns Story” a book about a former NHL coach who was recently inducted into the hockey hall of fame, unfortunately this was after he had already passed away after losing his battle to cancer.

I would have to say that it’s just pasta and to go with that chicken parmigiana, there’s just something about it that I never really get sick of eating it. I also just really like Italian food in general. Especially if it’s being made by my Mom!

4. Who has been your biggest supporter through your debt repayment (or blogging) journey and Why?

My biggest supporters would probably be my parents and my girlfriend, as they are the only ones that really truly know the extent of how much debt I am in. I have a great relationship with my parents, and I’m currently living at home while my girlfriend finishes school. They only make me pay $100 a month for “rent”, where actual rent near me would probably be around $1000 a month. My girlfriend is extremely supportive and she understands when a date night consists of eating at home as opposed to going out, that sort of thing. My grandma has also been very helpful but she does not know the exact facts or figures!

5. Do you keep your Cheese Whiz in the fridge or in the cupboard after you’ve opened it?

This question made me laugh, but I actually don’t like cheez whiz at all! Something about it really grosses me out and I don’t even like “American” cheese slices, not sure if they call them the same up in Canada but they are the individually wrapped cheese slices that are only partially real cheese. The only time I use those is on a grilled cheese sandwich, but I never use cheez whiz. My mom does keep it in the fridge after opening it though. Give me real cheese any day!

Once again I’d like to thank Downstairs in Debt for the nomination, and I had a lot of fun answering all of your questions.