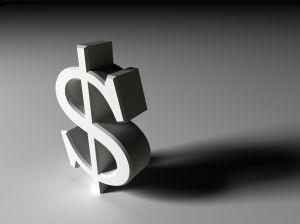 Back in May, I wrote about how it appeared to be set that student loan rates would be on the rise for anyone taking out loans for the 2014-15 school year and it now that has been officially announced. Undergraduated will now be paying 4.66%, up from last year’s rate 3.86%. Rates for graduate students now sit at 6.21%, up from the 5.41% they were at last year as well. Parents who took out loans at 6.41% last year will pay an interest rate of 7.21% this year for Parent Plus loans. This will likely also cause an increase in interest rates for private student loans as the risk for private loans usually is tied to the same sort of rates, but they normally carry a slight premium over federal loan rates.

Back in May, it was estimated that rates would end up around here because of them now being tied to the U.S. Treasury rates which had gone up this year. These rates are expected to continue rising in the next few years as the economy continues to improve in certain areas and the Fed slows down on quantitative easing most likely increasing their own rates as well. The only “good” news here is that student loan rates have been capped off at 8.25% for undergraduates, 9.5% for graduates, and 10.5% for parents.

I can’t even imagine having to pay 10% interest rate on a student loan – I’d be going crazy with how much money is being lost to interest! It’s hard to imagine that just as recently as the 90s interest rates for mortgages were as high as 7%-9% as ever since I’ve graduated from college we’ve been in a prolonged period of low interest rates and that just sounds crazy. I guess things do get balanced out though, as you would also hope to see corresponding high savings rates as well.

This rate increase means that for about every $10,000 in loans that you borrow you will end up paying about $4 more per month when you go to pay back your loans. This ends up being around $48 extra per year and if you are a freshman this year, remember that will also consist of interest compounding throughout your 4 years of college. Luckily we haven’t seen a huge increase yet, but every dollar counts and trust me I know from having to pay back high interest loans!

You do have to remember that none of these increases apply to existing loans that you have already taken out, if you have 3.8% interest loans from last year they will stay that way, or even 3.4% interest rate loans from the year before those will also stay. All federal loans are fixed interest rates which is one of the benefits of having them over variable rate loans, but this can also backfire as there is currently no way to really refinance your government student loans without losing the protections offered to you by them.

Unfortunately with the way interest rates are going at this period in time, it seems they may have nowhere to go but up and I’ve estimates saying they could be higher then 6.8% as early as the 2016 school year. While that may only be a few hundred dollars extra in interest at 4.6% interest rate, it can be almost $1,000 extra paid over the life of the loan when you increase the interest rate all the way to 6.8%! Of course there is always time before each school year for Congress to intervene and change that, but with the recent developments I personally am not holding my breath.