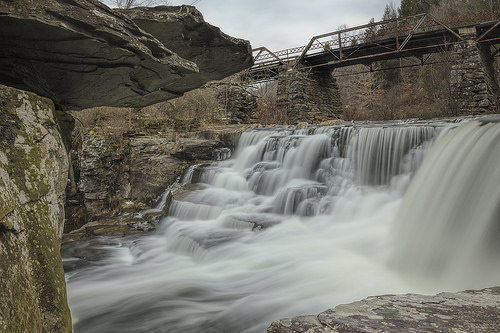 We’ve completed the first month of 2016, and I think that I’m off to a great start to the year. My spending levels were low across almost every category for this month, with most of the entertainment spending coming at the end of December. Apparently I decided to start the year out by dining out a bunch of times, though it didn’t really seem like that as the month was going on. Luckily I was able to save in many other areas of my budget, and I’m happy with how things turned out. I was a little slow with compiling all the numbers for this month, but I guess now I have most of February done too. So there’s always a positive side to procrastinating apparently.

The actual budget for January 2016: 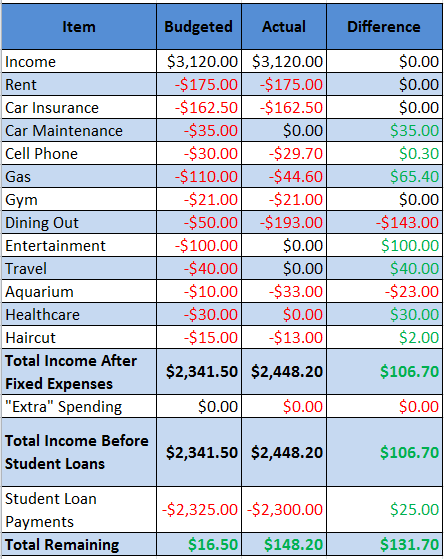 My income was back towards it’s normal levels, as you might remember that in December’s budget I had used my cash back bonus from my credit cards in order to give a slight boost. Rent and car insurance remain the same for this month, and now I only have two more car insurance payments left before I’m done paying for this year’s coverage.

Gas spending was slightly higher than I wanted this month, as I had used up an entire gift card and kept leaving the other one on my dresser. That card is now in my wallet so gas spending should be lower for February and March. Either way with the low prices, I’m still saving money over what was paid previously and I still came out to around the same expenses as last month.

My gym membership remains the same cost, but the category where I did break the budget was on dining out. I ended up going out for dinner 5 times this month and lunch a few times, and spending a total of $193 which is way above my usual budgeted amount. Luckily this was really the only category of spending for January, so I’m really not too bothered by it.

There were no travel expenses for January, but I did need to end up buying a new filter for my aquarium. The other one is equally as old, so I may need to make a second purchase shortly. For now I’ve held off on doing that though. I found the cheapest one on eBay and just went for it.

As you know from my January student loan progress, I put $2300 towards last month. It looks like even with a few budget busts, I was still able to fit this into my budget. I ended up with $148 remaining for the entire month, and you know that I did put that extra money towards my student loans again in February. Hopefully I can continue that trend into March and April!

And for my off budget goals:

Both my emergency fund and my checking account saw a slight increase this month, the surplus remaining from December is what contributed to this increase. The emergency fund had been increasing by about $100 each month, but because of the extra money going toward my student loans that was slowed a bit in January. No contributions have been made to my Roth IRA yet with the priority being eliminating my student loans. I also continued making the minimum payment on my car loan, which will be the plan for near future.