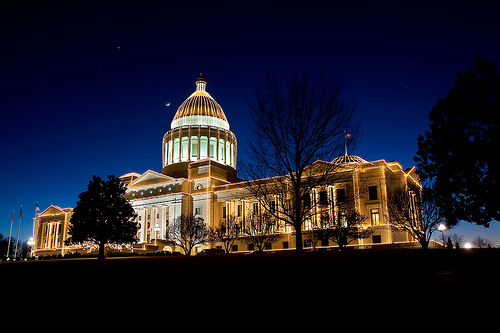 Earlier in 2014, it was revealed that the federal government had wasted almost $100 billion in what they considered to be “improper payments” which could be anything from a social security over payments and many other categories.  The US treasury is fully aware of these losses, but they are only able to recover a fraction of that amount for taxpayers creating large losses. This report also came only a few months after the government had shut down because they were unable to come to an agreement on an acceptable budget. All of the cuts in sequester totaled around $85 billion so you can see why this large amount of waste can make a huge difference. In the previous two years, the government had only been able to recoup around $2 billion worth of these “improper payments”

And while all of these “improper payments” are not just straight up fraud, many of them include payments made in error by either the government or the person receiving the payment. The largest source of these payments was the Department of Health and Human Services and more specifically under Medicaid and Medicare Part C. They had made payment errors 10.1% of the time and 9.5% of the time in 2013. Can you even imagine having an error rate of 10% in your job? I can’t imagine you would last very long in that job if you got around 1/10 of the things you did wrong. You would think there would be some sort of verification or double checking going on here that would prevent these errors and be able to get them down to at least 5% or less.

One of the bright spots to read about this whole thing was that the Department of Agriculture’s often criticized Food Stamp program or SNAP, actually ending up performing very well. They totaled about $2.5 billion in improper payments, which is by no means a small amount but this ended up only being a 3% error rate which is the lowest it has ever been for the program. When you are dealing with programs of this size and the amount of bureaucracy involved, there is going to be some error. I think striving for under 5% would be a fair target in this case.

But what exactly could we get from the extra $100B other than preventing the sequester from actually happening? I’m going put a little personal finance spin on this whole thing and see where this money could have went. Let’s say that the government was able to recover these improper payments and provide the taxpayer with a rebate, just how much money would we get back?

But every single person getting a rebate is not that accurate, because most children would not qualify for such a thing as they have not paid any taxes! If we just go by adults, it was estimated that 27% of the population was under the age of 20 and 20% of the population was age 0-14. If we assume that this means roughly 25% of the population is under 18 and exclude them from the rebate – the tax return looks even better.

That’s a pretty hefty check there, I don’t think anyone would complain getting that back on top of their normal tax return! We could also use income as a way to increase these rebates even further, as previous tax rebates had “phase out” amounts but I thought it would be fair to reward all the taxpayers. Now if only there was a way to put this fantasy situation and make it a reality, as I can always use an extra $400 to put towards my students loans 🙂