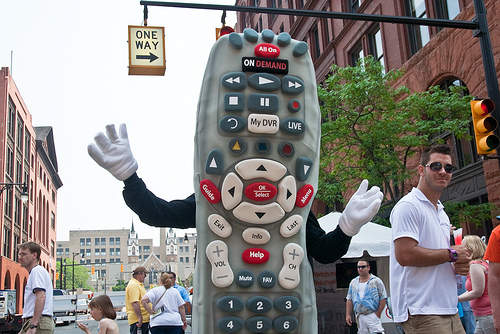 When I finally do move out on my own, I’d like to join the growing ranks of “cord cutters” throughout the US. What that means is disconnecting the cable TV and getting my entertainment from other sources such as the internet, over the air broadcasts, netflix, and hulu. The only problem with this is that even though the cable companies will deny that cord cutting is occurring on a larger scale, internally they absolutely know it it happening. They have been slowly trying to build up defenses against cord cutting and making it more difficulty. You might have seen in the news lately the most recent “attack” against this being Comcast’s planned acquisition of Time Warner for around $45 billion. But what does this mean for cutting the cord?Actually right now it seems like it will mean very little for current cable subscribers as well as cord cutters as the overlap between Time Warner’s markets and Comcast market’s is essentially zero. The reason for this? Both of these cable companies operate under a monopoly in the regions where they provide service. Sure, they might have some competition from telecoms in certain areas but they are the only cable company in town.

In areas where there has been competition, it has been shown that while Comcast may raise their rates at around 50% over the course of 5 years the only thing the competing telecom in the area does (ex. Verizon) is raise their rates at a slower rate, around 30%. So much for competition driving the prices down, huh? It seems like a pretty lose-lose situation for the consumer to me.

One thing that might really affect Time Warner customers is the data cap that Comcast currently imposes on their customers. They only allow 250GB a month, while Time Warner currently allows unlimited internet usage (as it should be!). If you factor in that a standard definition movie is around 700MB and a high definition movie is around 3GB that allows you to watch around 80 high definition movies a month. It sounds reasonable, but if you have a family of 3-4 that is also doing regular youtube watching, other video streaming, connected mobile devices – suddenly that number drops significantly and the 250GB monthly limit starts to loom over you.

Another problem that I’ve seen when researching about cutting the cord is the current pricing practices of the cable companies when bundling their TV, internet, and phone services. A lot of the time they will charge around $40 a month in this area for a basic internet service with slower speeds, but for $50 a month you will get slightly higher speeds as well as a basic cable television subscription. Sure they will offer even better internet without TV for around $70 a month, but why bother when I can pay the $50 and have acceptable internet speeds and get the basic cable package? Common sense says to go with the $50 package at that point. It sucks knowing that you are subsidizing the cable companies current business models, but the other plans don’t really make much sense in this case. Comcast knows what they are doing as they are forcing you to not be an “internet only” customer and make it so that cable subscription numbers are not decreasing.

There have also been reports of internet service providers “shaping” or “throttling” certain types of internet traffic more than others, and the usual culprits that this happens to are Netflix and YouTube traffic. When you are trying to use Netflix to stream a movie, your ISP will see that traffic and throttle it down a certain speed that they deem to be “acceptable.” While it may harder to prove that this actually exists and there are other conditions that can effect this, I believe that is happening to some extent. If your Netflix performance is terrible and you call to your cable company to complain about internet service, what do you think will happen? They will try to up-sell you cable TV and put you into a promotion pricing for a year so that it seems cheaper than it really isn’t. They aren’t stupid!

I leave you with a video that sums up how cable companies operate and I find hilariously true (video contains NSFW language, video itself is safe for work but the language is not):