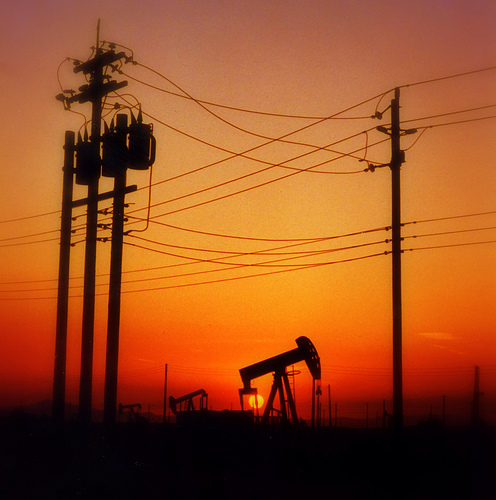 If the government shutdown wasn’t a big enough monkey wrench to throw at the economy, Al Gore is now saying that we may have another problem on our hands. He is insisting that we have another bubble on our hands, similar to the housing market bubble we dealt with a few years ago. His thought is that we now have a “carbon” bubble that is just waiting to burst. He’s saying that the about $7 trillion worth of “carbon” assets that energy companies have on their books, and these are considered assets because they will eventually be used or burned to create energy. These assets would be similar to the mortgage backed securities that suddenly lost their value when the housing market crashed, meaning they weren’t really assets at all, or at least not as highly valued as they really were.Mr. Gore thinks that eventually something or someone will step in and these assets like coal, oil, etc will not be able to be burned off and essentially become useless or end up with a much lower value. While I agree with him that we need to start finding and funding cleaner ways to produce energy, I don’t really see this complete change coming anytime in the near future. Once these companies started to see the writing on the wall at all I think they would begin selling off/using these assets and you would see a shift in their business model. Many of these companies are multinational corporations and I think there would be still be countries willing to purchase these assets unless all of a sudden some severe penalties were put into place.

Obviously as a long term investor this is a reasonable concern though, with increasing commitment towards protecting our environment and increased scrutiny over forms of energy that cause more pollution. If you could take something out of your retirement portfolio that you knew wouldn’t exist down the road in 30-40 years when you go to retire I’m sure everyone would do that in a heartbeat. The problem is that we don’t know this for sure, and I tend to disagree with Mr. Gore on this issue. These are huge companies with huge infrastructure, and a vast amount of resources. If they had to switch to solar, wind, hydrogen, hydro, or some other source of power I can’t think of many other companies that are better off to transition to this. Obviously I’m not saying that it is impossible, as there have always been newcomers that have entered and completely disrupted established industries.

There is also the fact that Gore himself is pushing for a carbon tax just a few days after his discussion on the carbon bubble. Is it just me, or does it seem like this might be somewhat of a conflict of interests or the fact that Gore may be just pushing his own agenda. Whether or not you believe in what Al Gore is saying or agree with his principals, there is no doubt him pushing the carbon bubble also helps the carbon tax push through as well. I personally agree with him when it comes to global warming, but I am not knowledgeable enough on the subject enough to know whether the carbon tax is the best way to approach this problem.

With 40+ energy companies in the S&P 500 and almost all of them dedicated to oil & gas as well as 30+ utility companies also in the S&P 500, so you can’t deny their large influence on your portfolio. If you are picking out individual stocks, chances are you invested in at least one of these companies as well. If you are an index fund investor like me, whether it is a domestic or an international fund, there is really no avoiding these companies in your portfolio. They have a huge influence and very deep pockets that stretches through government and through the market, they will not be going away easily that is for sure. I will not be personally making any changes to my investment strategy based on these statements by Gore, as I strongly believe most of these companies will still be around when I go to retire.

Do you invest in energy companies that rely on coal, oil, or other forms of “dirty” companies? What is your current stance or future outlook on them?