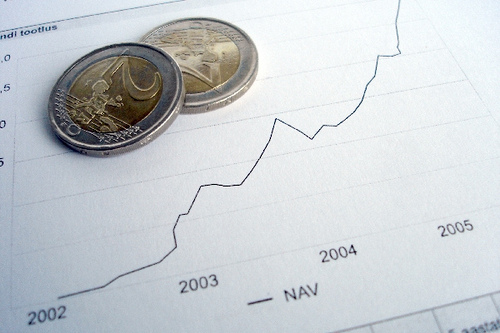 I received some awesome news the other day – that I would be receiving another raise this year! My previous raise was given to me around 1 year of being employed, this raise came with my normal yearly review. So you can say that the first raise was somewhat of a “bonus” raise for this year and something that has really made me feel like my hard work is paying off. My review was earlier this week and at the end of the review time I received notice that my salary would be increasing from $53,000 to $55,000. That is almost a 4% raise and I like had said – I just recently received a raise from $50,000 to $53,000. It’s been a very good year for increasing my income and I have no complaints about being compensated fairly for my work, I’m extremely grateful for it.Going into my review, I was really not expecting to receive any sort of raise again. I figured that I had just received my raise for the year early as a congratulations for sticking with the company for a year and doing well. It was a pleasant surprise to know that I had also received a raise from the yearly review period. My raise will go into effect for 2014 starting with my first paycheck in January.

I’ve really been trying to do my best work and get noticed as an outstanding member of our team. We are a relatively new team within our company, as there was only one person in the team before this new “wave” of hires came in which included me. That person had been with the company for 7 years and is an expert on most of the subjects that our team works with, as well as my boss. With the increase in workload they have been trying to spread the work out throughout the team and that is the main reason why they hired us.

There are basically three separate areas that we work in and initially my coworkers and I were taught in only one of these areas so that we would become the experts in this area, taking the workload for that part off the original member of the team. I have recently been selected to learn the second area that we work in, and I think that is something that helped me earn this raise. I’m hoping to sit in on some training courses to learn the third area as well, as we have recently expanded the team again and that will be the new person’s focus. I think it will become important in making me stand out if I’m able to touch upon all three areas as opposed to just one, it will give me more opportunities and be a more valued member of the team. I’m not trying to step over anyone in doing this, really I’m just trying to learn as much as possible – I love to learn new things. Even if I don’t become the go to person for something it helps to have some background knowledge so that I can always provide some extra help.

When it comes to my finances, getting a raise will obviously have a positive effect on them! My take home pay each month comes out to around $2,950. Based on the increase to my gross pay I think that my take home will increase by about $100 a month or maybe a little bit more. So I think I’ll end up around $3,055 or so a month allowing me an extra $100 to put towards my loans each month. I currently have about $200 of “flex” dollars built into my budget right now so I might just push closer towards $2,500 towards my loans each month and just add this to the flex part. If my spending is a little bit higher in that month, I won’t have to bring down the amount paid towards my loans as quickly now. It’s somewhat of a small boost if you just look at it from a monthly point of view but it will increase my take home pay by around $1,200 a year. That’s a little more than half of my usual loan payment which should hopefully help bring me closer to being debt free that much quicker.

Have you received a raise recently? How did it affect your finances?