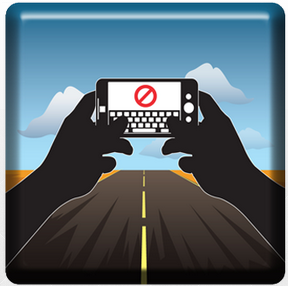 Are you one of those people that looks in your rear view mirror, maybe takes a glance to the car at your side real quick, and then suddenly think that there are way too many people staring down at their phones, looking at the radio, or even doing their makeup? Or maybe you are someone that needs a little incentive to not look at that text message that caused your phone to go off (you really shouldn’t need it though)? Well while we can’t fully prevent all distracted driving, I recently found an app that is available in for both Android and iPhones that should at least help prevent and incentivize not using your phone at all while driving. This application is called Drive Alive and it will pay or reward you to not use your phone while driving, something I think everyone can get behind.

This app comes in two flavors, a “lite” version that is free as well as a paid version that costs $5. The lite version is ad-supported while the paid version will remove these advertisements. The premise of the app is very simple, you turn it on, log in, and start your trip when you get in the car. Then you don’t touch your phone at all and when you reach your destination you end the trip. In the lite version, it will then display a short advertisement and submit your results while the paid version will just submit your results. If you haven’t touched your phone, the trip will be credited as true and you will receive “safe driving hours”.

Once you have at least one safe driving hour, you can subscribe to a reward lottery which gives you a chance to win a prize every time you add more safe driving hours. You aren’t going to get rich off these lotteries, but you do get some nice prizes. There is a $1 and a $2 lottery, so you always have a chance to win a few bucks as well as other lotteries for discounts, coupons, and gift certificates. I’ve been using the app for about a month now and I’ve managed to get $4. Not bad at all for something I would be doing anyways (I hate when people text/talk and drive!) and it feels good to support what I feel is a good cause.

Another cool way that this application can be used is by parents of new drivers, as they can create their own rewards for teenagers and have a way to monitor their driving habits. They didn’t touch their phone for 5 straight trips? You can reward them with some spending money or whatever you’d like to do. Any sponsor can also join the website and create a lottery prize with its own threshold, which is pretty cool. It’s a good way to get your business name out there and reward people for being smart. 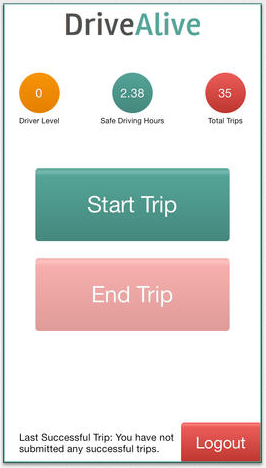 Some of the drawbacks of the app are that it does keep your screen on during the trip, though it dims it to the lowest setting (I believe this is due to the way applications work with Apple, they may allow you to lock your phone on Android in future releases). You are not able to switch to any other application on your phone or even lock, or that will be counted as a loss of credit. It also requires your location data to be on through a GPS, but they do not collect any details of your trip. Just for how long you have been driving and the speed of your movement, in order to make sure you are actually driving.

This application can also be sensitive to the notifications of other applications, causing it to lose focus and count as going to the background which will lose your credit for the trip. If you are going to listen to music with your phone, make sure to set that all up before taking off and turning the app on as any interaction will cause a loss of credit. You will also not be able to take any sort of phone calls, even if you are using a Bluetooth device.

This application will not stop any notifications or anything functioning on your phone, it’s just up to you to ignore them. According to my battery stats, using this for for my morning and evening commutes it uses an additional 2-3% of battery on my Moto X, which isn’t a big deal to me as I usually have about 30% or so remaining when I go to bed on a normal day. If your phone is struggling to make it through the day on one charge though, this may be a concern of you.

Overall, I can’t recommend this app enough. I’m not receiving any sort of referrals or money for doing this review, I just think it’s a great way to make a few bucks and keep everyone safer. Stopping distracted driving is something I strongly believe in, because almost all the accidents caused by distracted driving are fully preventable. The app is really simple to use, I have had minimal frustration with it not registering my trips and currently sit around a 90% success rate, with the only times it failed is when I pushed the lock on my phone by accident and then when other applications seem to interfere with notifications causing it to go to the background.

This app is worth a shot to get rewarded for driving safely, or for trying to motivate yourself to be a safer driver going forward!