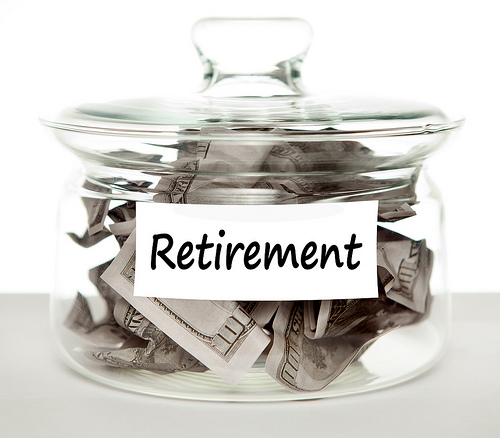 My blog’s current state has it’s main focus on the ‘debt ‘part of debt to dreams, but I do hope that in the near future the focus shifts more towards of the ‘dreams’ of early retirement. That doesn’t mean that I haven’t been working on that second part of that at all, in fact it is quite the opposite. Even as my debt takes priority, I’m still working on building up those retirement accounts as soon as possible. Just like with my debt, it’s a slow and steady pace that is hopefully building momentum to hopefully increase that speed.When I started this year, I had two retirement accounts established so far: my 401k and my Roth IRA. I have now also been automatically enrolled in my work’s pension plan, which contributes 3% of my salary and offers a very negligible amount of interest based on current interest rates. I know that this is not guaranteed, but I’m still going to factor this into my totals. It’s not nearly close enough to retirement time and that is when I’ll really need to factor in whether the pension will be included in my retirement decision. There are also some things I need to research about pensions still, as I know some of the doom and gloom about them are overstated and there is the PBGC which provides guarantees for pensions in the case your employer goes bankrupt.

If we go back to my original post near the end of April, the status of my retirement accounts looked like this:

It wasn’t a bad start at all, considering I didn’t even start my full time job until around July 2012. Almost a year later at my job I had over $8,000 saved up. I received my first raise a few months later, and decided to increase my contribution to my 401k. I know that my debt is important and the interest rate is high, but this was something that was important to me. I had been contributing 6% and receiving a free 3% match from my employer, but with my raise I increased that contribution to 8% (still getting the max 3% match). I’d be growing my 401k at a faster rate and still seeing an increase to my net income that ended up in my own pocket. I’d probably be able to pay my loans slightly faster leaving it at the 6% contribution, but I like knowing I have those guarenteed savings.

Fast forward about 6 months later, and this is how my retirement accounts look today:

So i’ve seen an increase in $6,000 over those 6 months which is pretty awesome. I’m invested in low cost index funds in both my 401k and my Roth IRA. My 401k is through Charles Schwab, and while I don’t have a choice with the provider (and Charles Schwab has been just fine) I do have a choice in where I can invest my money. Most of the choices in my 401k plan are actually not very good, with very high expense ratios. I was able to just find a target date retirement fund for 2045 which gives me an asset allocation of 90% stocks and 10% bonds with an expense ratio of 0.20%.

My Roth IRA is held through Vanguard, and I also decided to go with a target retirement fund here. It’s the same year and the same style of asset allocation, just Vanguard flavor. The expense ratio for this fund is 0.18%. I will eventually manually allocate my funds in the the Roth IRA, but for now there is no real advantage with the small amount of money I have in the account. Eventually when I have more money I will be able to pick index funds with even lower expense ratios to create my own portfolio which will mimic the target date retirement fund. For now this is a much easier solution, and is very much set it and forget it.

The $5,500 I deposited into my Roth IRA has grown to $6,200 and while I won’t see that growth every year, it’s nice a reward for my first year of investing. We all know the market has skyrocketed all this year and I just don’t think it’s going to be able to keep that pace up forever, there’s going to be those ups and downs. My 401k has also benefitted from the overall increase throughout the stock market. With my increased contribution and the company match this will continue to see growth even in a down market.

In the coming year, I plan on keeping the same contribution for my 401k for the forseeable future. Depending on any raises I get is how I will determine if that changes or stays the same, but that will probably not come until later in the year. For my Roth IRA, I plan on depositing a large lump sum in January 2014, pretty much as soon as I possibly can. I’m not trying to time the market or anything, I just want to take advantage of having my money in the market. It’s been a good six months for my retirement accounts, and here’s to hoping the next six goes just as well!