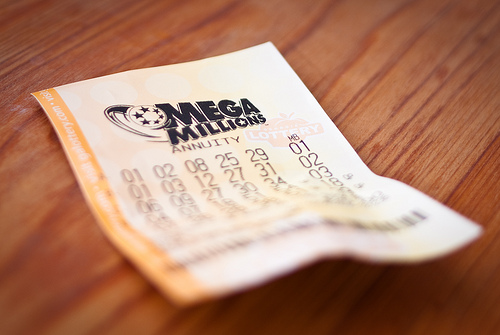 Recently I read two different stories about two very different lottery winners, at least compared to what I would think of as a “normal” lottery winner. Normally the first thing you think of is someone getting on the news for the publicity of winning and then maybe stating what they are going to buy first with their new wealth after answering that question from a reporter. And it wasn’t just the fact that they weren’t going to go buy a brand new sports car or buy a new a house, but they had a pretty specific plan on what exactly they wanted to do with the money.

The first story was about a man from Long Island who is an owner of an auto body shop, who had actually held onto the winning lottery ticket for about a month until he finally found in the center console of his car. While that in itself is a pretty crazy (and lucky!) story in itself, it’s what the winner said afterwards that I thought was really cool.

He stated that he was going to put a large chunk of money into a 529 for his kids’ college funds, and then the rest of the money he was going to “make believe I never got it and invest it” and then use that for retirement. The total amount of winnings would be around $1.3 million, so that’s a huge amount and if he has been saving any portion of his income while working he’d be able to retire today if he really wanted to.

It sounds like he isn’t going to retire right now, as he does own his auto body shop. I’d imagine that he enjoys what he does and he’s his own boss, but it’s probably really great to know that your future is almost completely secure as well as being able to secure an education for his children. You would have to think that the average person hasn’t even heard of a 529 account, so I think it’s awesome the way this guy is treating and prioritizing his lottery winnings.

The second story is about an older couple from Minnesota who won quite a bit more from the lottery, at $11.7 million. They don’t plan on changing anything with their lifestyle and the wife actually plans on keeping her job as a waitress. She says that she “I actually really enjoy my job”, and isn’t that what everyone would love to say? If you enjoy your job it really doesn’t seem like work at all. And for some people they find still being able to work a lot more fulfilling than a full, traditional retirement.

The only splurge purchase they are going to make is on a new car, which judging from the tone of the articles on this story and the way the couple speaks about their winnings won’t be anything too crazy. They will be spending some money on local charities, and also even be helping the store clerk that sold them the ticket pay for college – which I think is a really great thing to do.

Now I’m not an expert on whether lottery winners actually do stick to their initial plans, whether a large lump sum of cash changes people, or if all lottery winners go broke but I’m hoping that these two particular winners do stick to the plans they set out for themselves. If there are any changes with their plans, hopefully it will be shifting more towards leisure activities they enjoy as they get older or simply spending the money where they think gives them the most value, and not just frivolously spending it elsewhere on shiny new things.