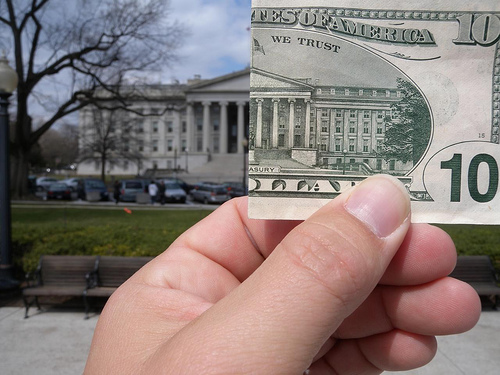 Last year Congress agreed to keep to student loan rates down for the time being but they also ended up tying the loans to market rates which were predicted to go up in the future, and that is exactly what is going to happen for this upcoming school year. The student loan rates for this past school year had been 3.86% for undergraduates and 5.41% for graduates. They are expected to now rise to rates of around 4.66% and 6.21%, based off the rates at the recent Treasury auction. This is because at the auction the 10-year note sold at a yield of 2.61%. This is 0.8% higher rate than the 1.81% yield during the auction last year which is one of the metrics for student loans to be based upon.

If we consider that last year student loan rates were set to double from 3.4% to 6.8%, this does not seem nearly as bad in comparison but remember that interest rates are now capped at 8.25% and 9.5% for undergraduates and graduates which is much higher than original 6.8% from last year. But one would hope that the market interest rates would be higher at the point too, making this a much “fairer” way to set the student loan interest amounts.

To see how much of an effect interest rates really have on the total amount that you will pay back over the lifetime of the loan, let’s consider that someone takes out the maximum $5,500 from the government and they are a freshman in college, so that loan will exist for at least 4 years before the repayment even starts and if it is unsubsidized it will grow a significant amount while still in school.

At the old interest rate of 3.86%, waiting for 4 years of school, and capitalizing the interest quarterly (check your initial loan letters, they should describe how often this occurs) with a $5,500 this is what we are looking at:

If we use the new interest rates for next year at 4.66%, the numbers look like this:

So with the new loan amounts, you could end up paying an additional $200 total in interest over the life of your loans. It’s not a terrible amount but it could still be significant, and we are also looking at the worst case scenario of being a freshman during this increase. If you are already a junior or senior, this interest rate increase will have a much smaller effect on what you are going to pay.

The important part is trying to minimize your loans as much as possible, and if you can try to pay down the interest while you are in school. Target the highest interest loans that you have and don’t worry about the subsidized ones while you are in school, because those will not accrue interest. If you are going to get a private loan try to seek out the lowest interest possible by shopping around, and possibly having your parents as co-signer if they are willing.