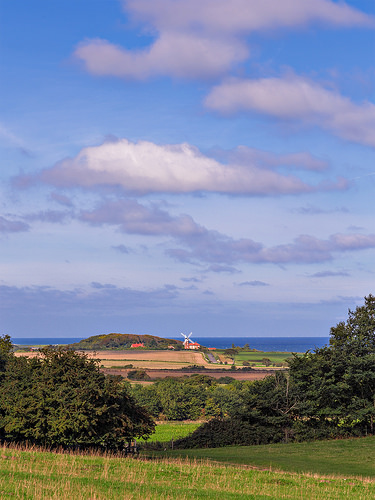 I’m trying to hold onto Summer temperatures and weather, but the weather doesn’t seem to be cooperating with me at this point in time. The high temperature each day gets lower and lower, but luckily my expenses have also gone down now that Summer is coming to a close. I’ve had some bad luck this year, which has caused me to shift some of my goals and take on more debt, but I’m now able to refocus my goals back towards eliminating student loan debt. That shift back towards student loan payments started last month, and I’m happy to report that it continued into my September payments.

Here is what my student loan balance looks like after making my September payment: 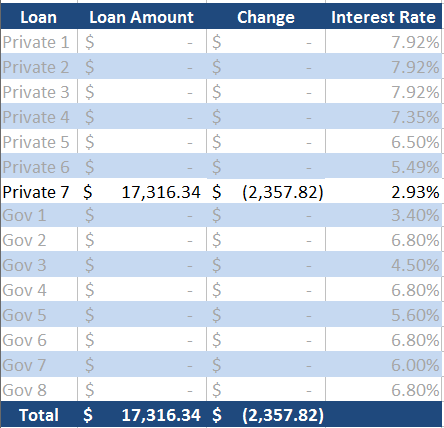 I was able to put $2400 towards my loans for September, and only around $40 went towards interest – the rest all went to paying down the principal! You’ll also notice that my loan interest rate went up to 2.93%, as after refinancing I now have a variable interest loan. With the Fed deciding to hold interest rates at the current lows, I’m not too worried about any sort of huge increase for the near future. I’m still confident that I will pay off my loan completely before there is any substantial increase as well.

I was able to get a little extra money this month, which helped towards hitting the $2400 as my current budgeting/spending levels really only allow for a $2300 payment at most each month. I’ll detail more about the source of the extra money in my budget update for this month, but it was a welcome surprise! If I can keep this up I feel that after some rough math calculations, I may just be able to push my loan under a $10,000 balance before the end of the year.

For now I’ll be sticking to the goals that I had already set up before doing that, but I will be keeping that in the back of my head as another milestone to strive towards. I was really hoping that I would be further along, but I did have the two months of set backs. Right now it’s kind of chugging along and making steady progress, but I know that I’m so close to my end goal. I just want it to be here right now and not next year!

Here’s where my goals stand after making payments in September:

With the $2400 payment this month, I’m still ahead of track to hit my goal at this point. September marks the three quarter point of the year, but I’m at 80% of my goal and it doesn’t look to be in jeopardy at this point. We’ll see how much/if I can exceed my goal by December.