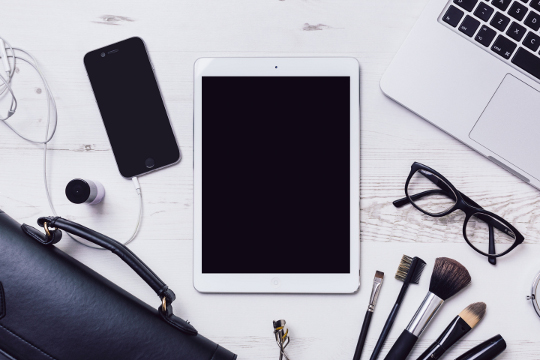 This was a huge month towards my debt repayment and completely paying off my student loans for good. If you’ve ever heard of the phrase “March comes in like a lion, and goes out like a lamb” when referring to the weather, I’d like to think that I’ve done the same thing to my student loan this March. I received my bonus at work this month and I also received my tax (federal and state) refunds as well – giving a significant boost in income for the month. I then took that increased amount and I put a large portion of it directly towards my student loan. At this point in time it seems to be the best use of my money, with my next priority being to fund my Roth IRA.

So here is what my student loan looks like after the huge March payments: 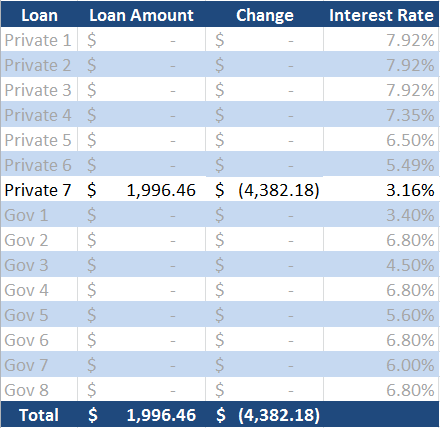 In January and February I was able to put $2300 towards my loan in each month, with around $22 of that going towards interest each time. My income was higher by about $2800 this month, so I increased the student loan payment by $2100 in what I thought was a safe number for the time being. So that actually made my total payments for March a whopping $4400 after all was said and done, and only [$10] of that even went towards the interest. Just like last March I was able to make a huge dent in my loans to start Spring off on the right foot. And in 2016 the $4400 tops even that payment of $4000 that I made in 2015, especially with 99% of the payment going towards the principal. At this point last year, I was just saying goodbye to my federal student loans. Now I’m practically saying goodbye to my student loans in general.

The interest rate on my loan was bumped up again this month to 3.17%, so only a 0.01% increase over last month and I tend to think it will stay that way into next month as well. As it turns out, going with the variable interest rate turned out to be a great decision and saved me a few hundred dollars in interest over the course of my loan. I was able to drop my interest rate from 5.49% to 2-3% over the last few months of my loan. I highly recommend anyone that is looking to refinance their loan to check out Earnest as one of their options. The interface is very clean and they will never transfer your loan to a 3rd party as they service all loans directly from their own interface. They also take into consideration more things than just credit score, so you may be able to secure a better interest rate with them compared to other providers.

I’m really happy that I was able to cut my loan repayment by another month, as you know I had initially guessed that I would have it paid off by May earlier in the year. I did factor in the chance that I would receive a solid bonus and a tax refund, but I didn’t want to bank on those two happening. My tax refund was smaller this year, as I paid a lot less in student loan interest in 2015 compared to the past two years when I had taken the max student loan interest deduction of $2500. And that’s not a bad thing – I would rather pay less on student loan interest than receive the 15% back in the form of a tax deduction. It may not be as exciting psychologically, but I know that I did pay less overall in the end.

Barring any setbacks, after my next two paychecks I should be able to completely pay off my student loan next month. I honestly can’t believe that I’m typing that out right now, it feels surreal.