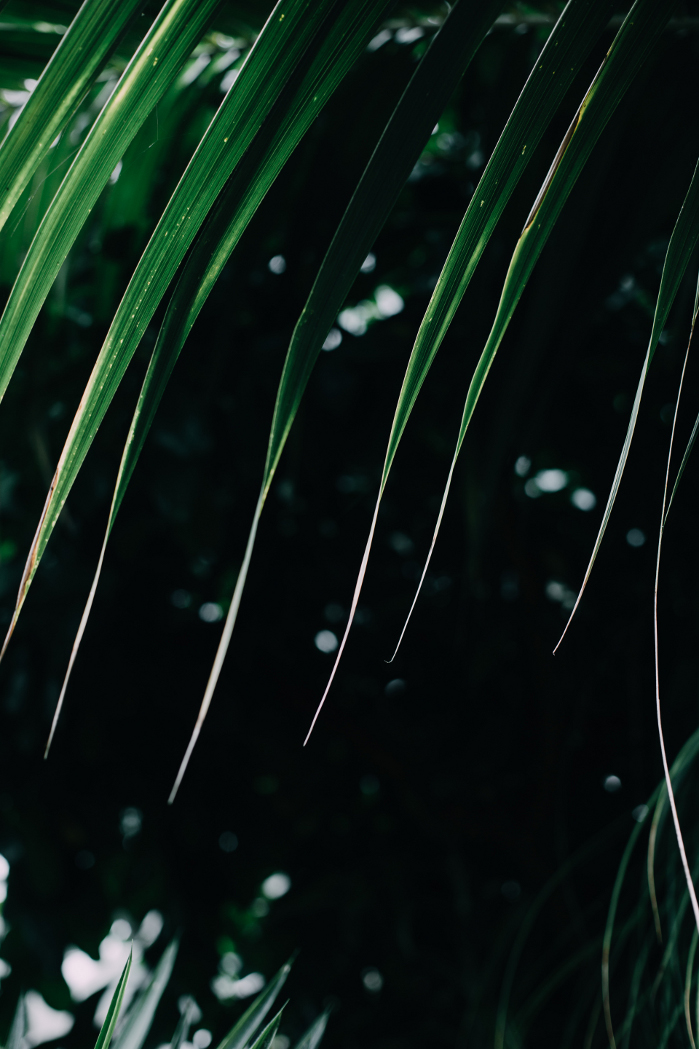 It’s time for the final progress update for 2015, and most likely also my final post of 2015. It’s been an interesting year in my debt repayment journey. I initially planned on moving out sometime this year so I had set a much lower goal, but then changed that. Shortly after increasing that goal I was in a car accident which caused my car to be totaled. This put a temporary decrease on my student loan payments and cut significantly into my savings which forced me to re-work my repayment strategy once again. But even after that setback, I managed to get back on track towards meeting and even exceeding my goal for this year. So while 2015 didn’t bring me the best luck financially, I’m grateful for everything that I was able to accomplish this year.

Here is the final snapshot of my loans for 2015: 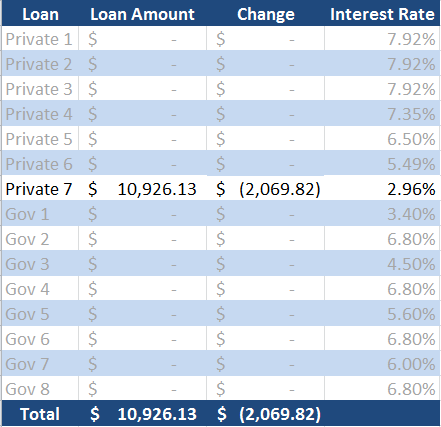 For December I was able to put $2100 towards my loans after having a budget surplus in November and expecting an average spending month for December (hopefully that turns out to be correct). It’s “only” a $100 more than my November payment, but still feels nice to see the principal go down by that amount compared to last month. You may have also noticed that my interest rate went up slightly. This was expected with the news of the Fed raising interest rates, and I only expect this to continue going up at this point. Let’s hope it continues to only be a slight increase though!

I think that for 2016 I’ll be setting a somewhat aggressive goal of completely paying off my loans by May. I’ll be able to pay my loans off before the first half of 2016 is over, and I think that it’s also a realistic goal. That means I will need to average around $2185 a month going to the principal of my loan. While I haven’t hit that target the past two months, it would probably require payments of around $2250 each month. I think as long as I control my spending and stick to the budget I can accomplish this goal. It doesn’t hurt that I should also be receiving my tax refund and a bonus from work during the beginning of the year. That was a huge boost for me this past March.

So with December’s payments being complete, here is what the last goal update for 2015 look like:

I’ve managed to exceed both my goals, and I was even able to hit $25,000 worth of principal paid down this year. I’m really happy with my progress and I’m even happier that I only have around $11,000 worth of my loans remaining as we head into 2016. I hope that everyone has a Happy New Year and was also able to find success financially in 2015!