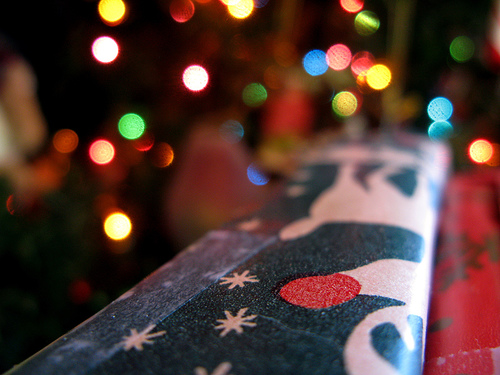 My student loans for 2013 have been taken care of, so now I move onto my budget review for the last month of 2013. You might remember that in my November 2013 budget reviewed that I busted my budget pretty badly. I needed to get new tires and a wheel alignment, and it turned out that I also needed additional work done to my car. With that in mind, I headed into December looking to recover and spend as little as possible. I knew I would have to spend money on Christmas presents, but I really wanted to limit what I spent on myself and avoid any unnecessary purchases to try and turn the numbers around in my favor this month.

I think that after I take everything into consideration, my budget passes this month with flying colors from an overall perspective. I was very happy when I was going through to track all my purchases for this month with just how great my budget looked. My gas spending was down this month from my average, due to my girlfriend doing more traveling to me instead of me traveling to her. I was also able to work from home a few days this month because of bad weather, so that cut back on my driving a bit as well.

I only spent $13 on myself this month, which I just put in the entertainment category. My extra spending ended up at $192, with $15 of that being a haircut and the rest going to presents for family, girlfriend, and some friends. I think that was a pretty reasonable budget to have for Christmas gifts, and I don’t think I ended up spending too much or too little. I try to find more meaningful gifts or maybe things that are less of gifts and more of an item that the person could or would definitely get use out of.

I actually ended up putting closer to $2,500 towards my student loans this month in paying off a loan completely, but I had taken $300 out of my savings in preparation for doing that this month – so I considered it an off budget item. Since I ended up with $180 in excess money this month, that move ended up only costing me a net of $120 from my savings account. Not bad at all – and I gained the psychological victory of paying off another loan completely.

I don’t expect January’s budget to look quite as pretty as this month, because without the spending on Christmas gifts this month would have been as close to zero spending as I can get (not factoring in recurring expenses). I do plan on reigning in my spending as I have been, but I know that January will have some more upcoming expenses. The important part is limiting the spending in other unnecessary areas and realizing that every dollar that I save there is another dollar that can be put towards my loans instead.